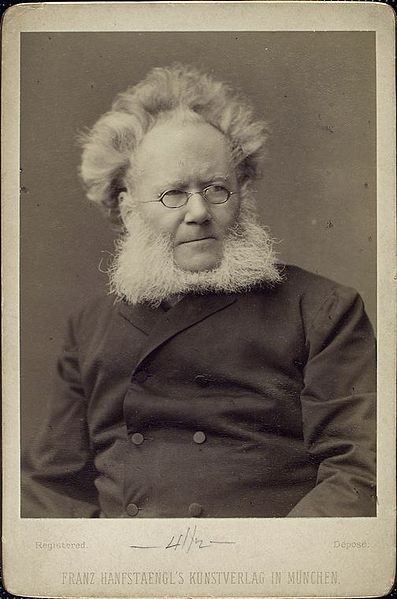 Henrik Ibsen (1828 - 1906), the Norwegian playwright, is renowned for his most performed play, Hedda Gabler (1890). The lead character's neurotic energy, both appealing and revolting, is still considered one of the most challenging and coveted roles, only the most talented actresses can perform convincingly. Both Hedda Gabler (1891) and A Doll's House (1879) address issues of feminism that still resonate today, conflict between intensely complex characters and the destruction they can cause to others.

Ibsen's later work, including "The Master Builder" (1892), explores psychological conflicts with a particularly hard-edged, confrontational style that appeals to modern readers and international audiences. Ibsen rewrote the rules of Realism with drama that transformed plays from mere entertainment into art. He inspired many other authors and playwrights, particularly Anton Chekhov. His work has been translated around the world, across generations and cultures who appreciate his controversial, pivotal points of action and confrontation between seemingly demonic, disturbed, and at the same time, endearing characters.

Along with Bjørnstjerne Bjørnson, Alexander Kielland, and Jonas Lie, Ibsen is considered one of the De Fire Store or "The Four Greats" of Norwegian Literature. You may also enjoy works by Norwegian folklorist, Peter Christen Asbjornsen.

A Doll's House
An Enemy of the People
Ghosts
Hedda Gabler