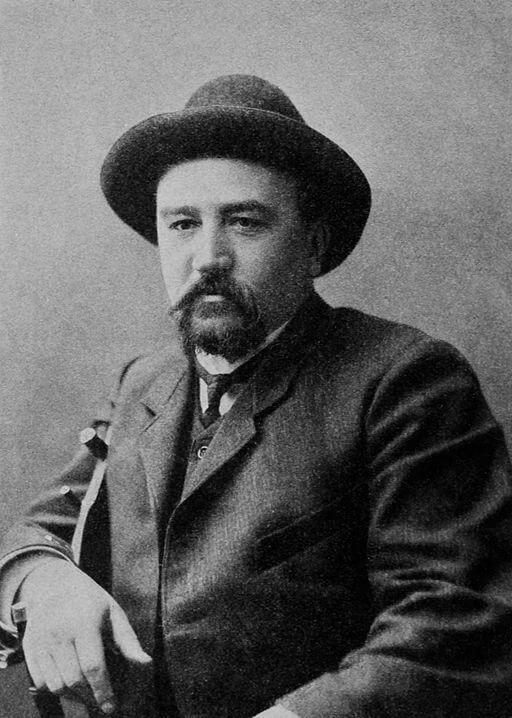 Aleksandr Ivanovich Kuprin (1870 - 1938) was a Russian author best known for his novels, The Duel (1905), about the horror and tedium of army life, and The Pit (1915). He wrote numerous short stories during a particularly tumultuous time in Russian history, including The Outrage - A True Story.

Kuprin was raised in Penza, Russian Empire, by his father, a government official, and mother, who was from a noble Volga Tatar family which lost its wealth early in the 19th century. Kuprin earned a reputation as a skilled storyteller as a child, which was his method of coping with difficult times. His story, A White Lie (1914) was based on his boyhood experiences with his mother at the Widows' Home in Kudrino, Moscow, after his father died of cholera. Kuprin attended the Razumovsky boarding school in 1876, and then, inspired by the Russo-Turkish War (1890), he attended a military high school, called the Cadet Corps. He went on to serve in the military for four years after graduating from a military academy in Moscow with the rank of sublieutenant. These experiences served as the basis for his many Russian army-related short stories.

Kuprin's first story was published in 1889 with the help of an established poet, Liodor Palmin, in the Russian Satirical Leaflet. The Last Debut was based on an actual suicide-by-poisoning on stage by the singer, Yevlalya Kadmina. Interestingly, contemporary Russian author, Ivan Turgenev, also wrote a story about the incident in 1883, his novella titled, Clara Milich (which was one of his weaker efforts, according to many of his fans).

After leaving the service, Kuprin experimented with many jobs, traveling extensively through the southwest of Russia. His resulting short story sketches included his best known circus story, Allez!, which was praised by renowned author, Leo Tolstoy. Kuprin became openly critical of the regime after the Russian Revolution in 1905 and was put under secret police surveillance. Junior Captain Rybnikov (1906) is his story of a Japanese spy posing as a Russian officer.

Kuprin was able to emigrate to Paris in 1920, but his own story did not end well. By the 1930s, his family suffered poverty and debt. His health deteriorated after years of heavy drinking, including near blindness in 1932, and inoperable cancer. Kuprin died in 1938 and was buried in Leningrad.

Kuprin is featured in our favorite Russian Writers