The Rape of the Lock

According to the editor of the 1906 edition of The Rape of the Lock and Other Poems, Alexander Pope is "a poet who, with all his limitations, remains one of the abiding glories of English literature, and may contribute not less to a proper appreciation of a man who with all his faults was, on the evidence of those who knew him best, not only a great poet, but a very human and lovable personality."

The most memorable work by Pope is this mock-heroic poem, The Rape of the Lock, which diffused an actual incident between two aristocratic, Catholic families, who under the Test Act were subject to harsh restrictions and penalties as non-Anglicans. Pope compared the situation to that of the world of the gods in a mocking fashion. The Rape of the Lock, was originally published anonymously in 1712, and later revised with the credit "written by Mr. Pope" in 1714.

It will be in vain to deny that I have some regard for this piece, since I dedicate it to You. Yet you may bear me witness, it was intended only to divert a few young Ladies, who have good sense and good humour enough to laugh not only at their sex's little unguarded follies, but at their own. But as it was communicated with the air of a Secret, it soon found its way into the world. An imperfect copy having been offer'd to a Bookseller, you had the good-nature for my sake to consent to the publication of one more correct: This I was forc'd to, before I had executed half my design, for the Machinery was entirely wanting to compleat it.

The Machinery, Madam, is a term invented by the Critics, to signify that part which the Deities, Angels, or Dæmons are made to act in a Poem: For the ancient Poets are in one respect like many modern Ladies: let an action be never so trivial in itself, they always make it appear of the utmost importance. These Machines I determined to raise on a very new and odd foundation, the Rosicrucian doctrine of Spirits.

I know how disagreeable it is to make use of hard words before a Lady; but't is so much the concern of a Poet to have his works understood, and particularly by your Sex, that you must give me leave to explain two or three difficult terms.

The Rosicrucians are a people I must bring you acquainted with. The best account I know of them is in a French book call'd Le Comte de Gabalis, which both in its title and size is so like a Novel, that many of the Fair Sex have read it for one by mistake. According to these Gentlemen, the four Elements are inhabited by Spirits, which they call Sylphs, Gnomes, Nymphs, and Salamanders. The Gnomes or Dæmons of Earth delight in mischief; but the Sylphs whose habitation is in the Air, are the best-condition'd creatures imaginable. For they say, any mortals may enjoy the most intimate familiarities with these gentle Spirits, upon a condition very easy to all true Adepts, an inviolate preservation of Chastity.

As to the following Canto's, all the passages of them are as fabulous, as the Vision at the beginning, or the Transformation at the end; (except the loss of your Hair, which I always mention with reverence). The Human persons are as fictitious as the airy ones; and the character of Belinda, as it is now manag'd, resembles you in nothing but in Beauty.

If this Poem had as many Graces as there are in your Person, or in your Mind, yet I could never hope it should pass thro' the world half so Uncensur'd as You have done. But let its fortune be what it will, mine is happy enough, to have given me this occasion of assuring you that I am, with the truest esteem, Madam,

Your most obedient, Humble Servant, 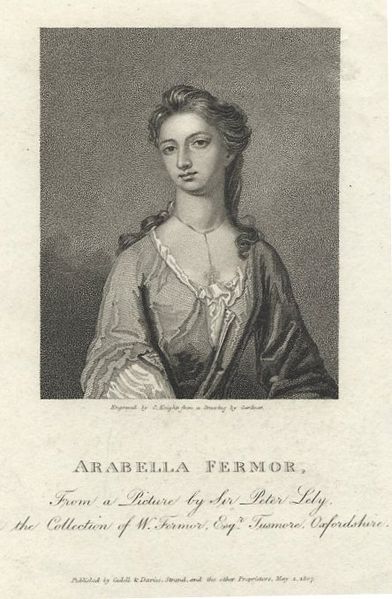 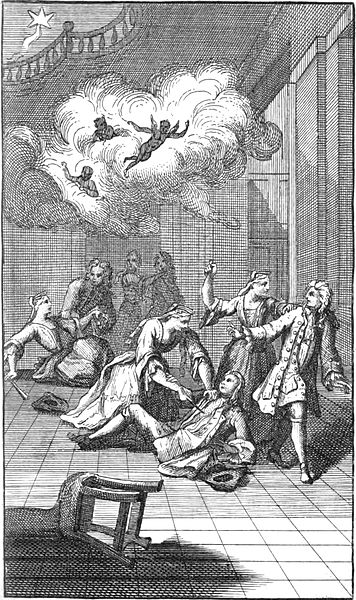 Featured in our selection of Poetry for Students.

Add The Rape of the Lock to your library.

Return to the Alexander Pope library