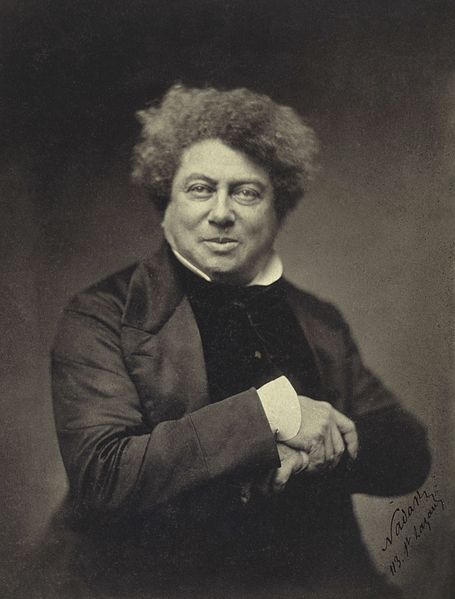 With his work translated into over one hundred different languages, Alexandre Dumas (1802 – 1870) has become one of the most widely read French authors in history.

His most famous works are The Three Musketeers and The Count of Monte Cristo.

Dumas was of a mixed race heritage, the son of a French Nobleman and a black slave woman. Despite the advantages of aristocracy and professional success, Dumas dealt with discrimination throughout his life and career. When his African ancestry was insulted he famously replied . . .

Though married, Dumas engaged in numerous extra marital affairs. One scholar has identified forty such trysts. It is thought that Dumas fathered four children out of wedlock, naming one son Alexandre Dumas. The son grew up to become an accomplished writer as well. They are distinguished from one another with the French appellation pere for the father and fils for the son; the son is represented on this website as Alexandre Dumas, fils.

Man in the Iron Mask