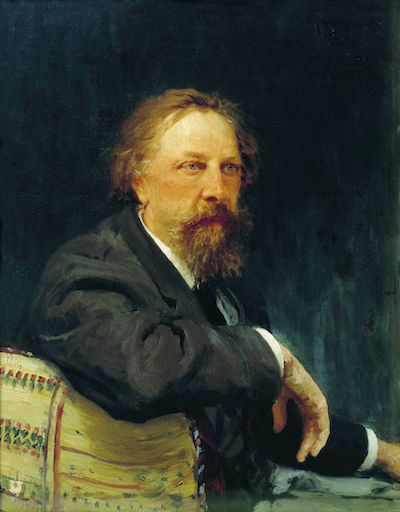 Russian Count Aleksey Konstantinovich Tolstoy or Alexei Tolstoy, best known as A.K. Tolstoy (1817-1875), was a Russian poet, novelist, and satirist, a member of the famous Tolstoy family, and a second cousin to Leo Tolstoy. During his childhood, A.K. was "a comrade in games" with the future Crown Prince, Alexander II.

Tolstoy was regarded as the best historical dramatist in Russia in the 19th century for his trilogy: The Death of Ivan the Terrible (1866), Tsar Fyodor Ioannovich (1868), and Tsar Boris (1870).

We feature his renowned gothic short story, The Family of the Vourdalak. "Vourdalak" is a Slavic and Balkan folktale reference to a vampire or werewolf, a term used earlier by Alexsander Pushkin.

You might enjoy reading stories in our collection of Russian Writers.

The Family of the Vourdalak