This nursery rhyme had many versions, the earliest may have been in The Nursery Parnassus published in London in 1784. As with so many nursery rhymes, their meaning remains a mystery to chanting children (which is probably for the best). This rhyme likely referred to the Catholic priests' hiding places during their persecution by King Henry VIII, and later Oliver Cromwell. Literary references include C.S. Lewis's The Lion, the Witch, and the Wardrobe, Agatha Christie's novel, N or M? and the BBC series, Upstairs, Downstairs for its namesake reference in the lyrics.

Some versions have the additional concluding lines: 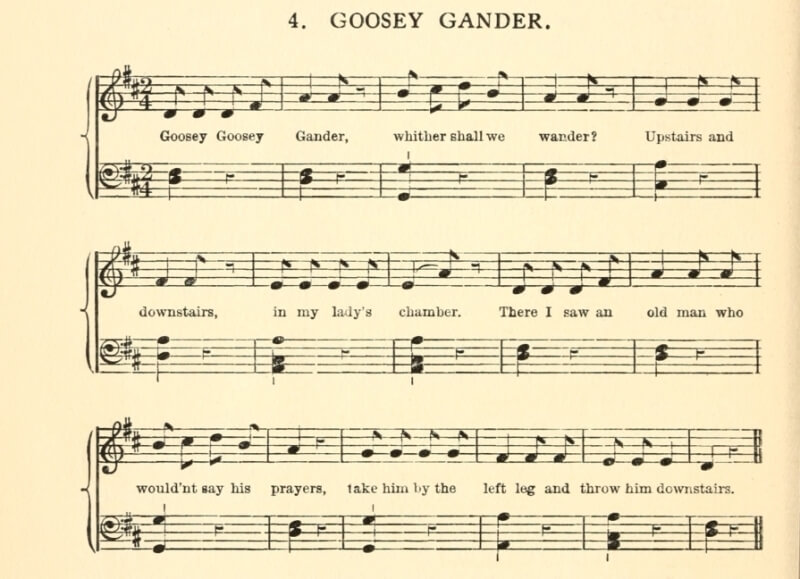 We'll add an alternate set of lines so you can keep singing, which may have been added in 1780:

Return to the Anonymous Home Page, or . . . Read the next nursery rhyme; Hink Pink Riddles