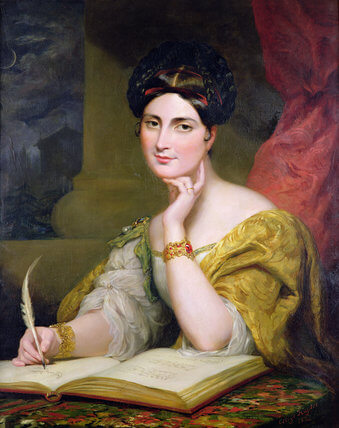 Caroline Elizabeth Sarah Norton (1808 - 1877) was an English author and social reformer who left her husband in 1836 but was unable to receive a divorce and share custody of their three sons due to charges of "criminal conversation" against her friend and Whig Prime Minister at the time, Lord Melbourne. The case went to trial but was thrown out, yet the scandal ruined Norton's reputation. Her losses only got worse. Tragically, her youngest son died in 1842 after falling from a horse. Norton maintained her social advocacy campaign, which eventually lead to divorce reform with the passage of the Custody of Infants Act 1839, the Matrimonial Causes Act 1857 and the Married Women's Property Act of 1870.

Norton was able to earn a living from her earnings writing poetry, novels, and plays. She also published several political pamphlets. Her poetry collections include The Sorrows of Rosalie: A Tale with Other Poems" (1829) and The Dream, and Other Poems (1840). She wrote a play called The Gypsy Father (1830). Though her experiences might lead one to think she could not be a romantic, she reveals an interesting perspective on love, particularly in I do not love Thee.

I do not love Thee
Twilight