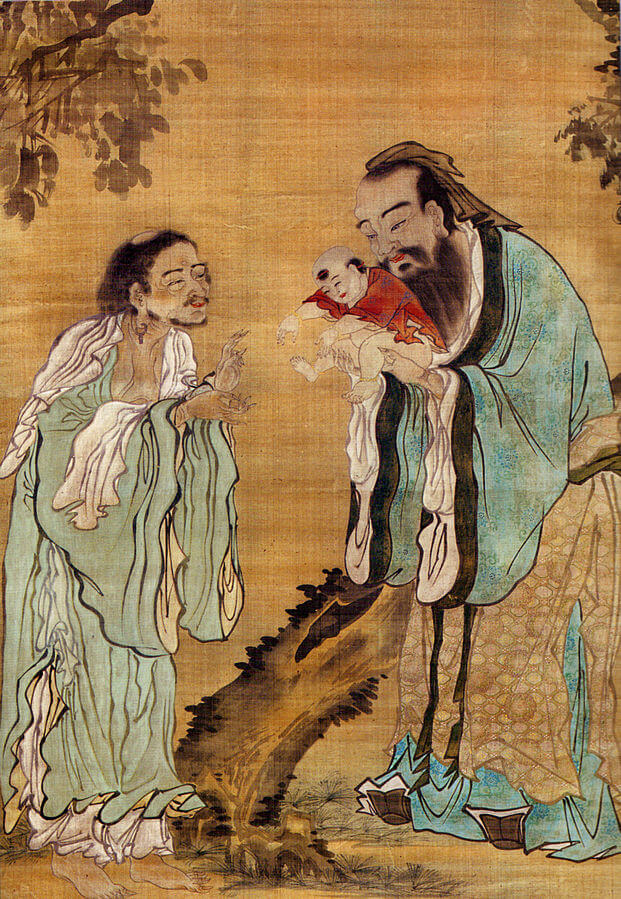 Confucius (551 BCE - 479 BCE) was a Chinese philosopher, politician, teacher, and wise man who focused on ethics, morality, and strong family loyalty. He founded Confucianism, which was suppressed during the Qin Dynasty, who favored legalists, but was officially sanctioned during the Han dynasty. Interestingly, his countrymen speak of him respectfully as K'ung Fu-tzu, the Master, or philosopher K'ung. He came to be known as Confucius when the Jesuit missionaries brought his teachings and fame to Europe. [Silk painting at right, Confucius presenting the young Gautama Buddha to Laozi, Qing Dynasty] 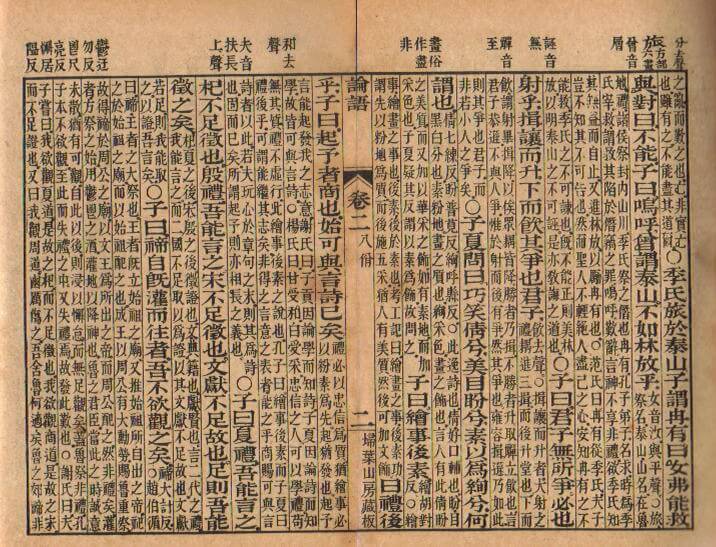 Confucius was born to a poor military officer, with descendents from the Yim imperial house. He married at nineteen, had a son and daughter, and worked as the state keeper of the granary, later in charge of the public fields. When in 527 BCE his mother died, he retired from public life and began teaching and studying. 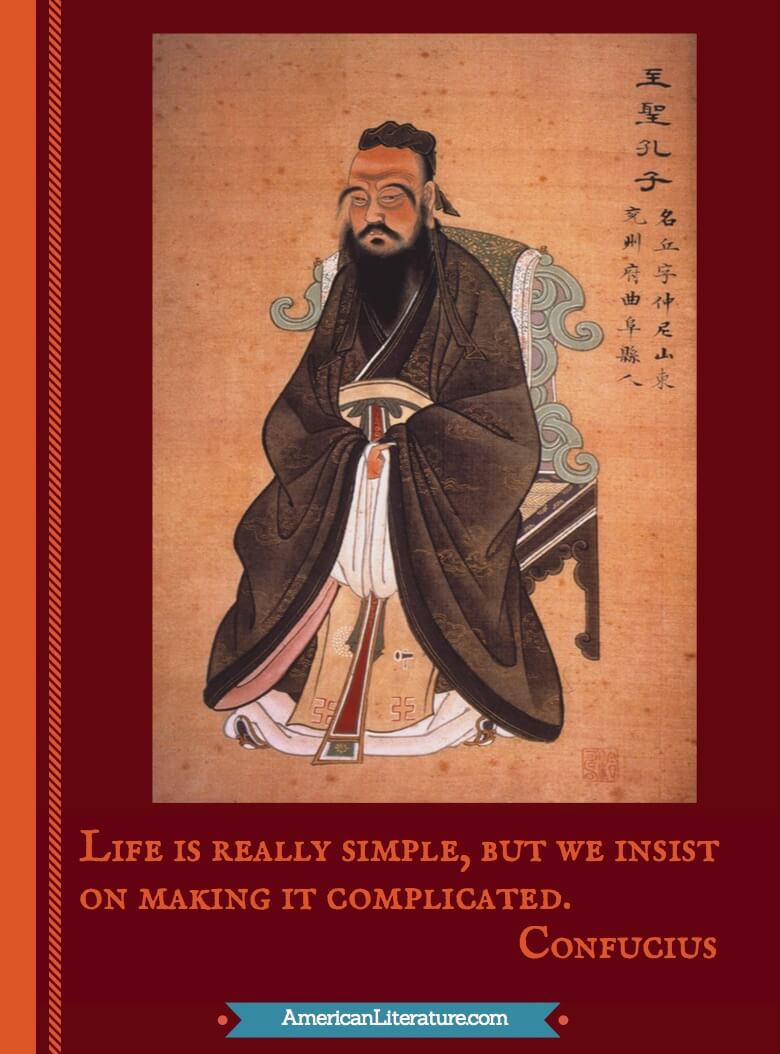 Confucius' words of wisdom were first compiled and published for the western world in the Analects (2 BCE), having profoundly inspired many philosophers and people throughout the world with his observations, teachings and deceptively simple words of wisdom ever since.

"Life is really simple, but we insist on making it complicated."

The Sayings of Confucius

A Story from Confucius