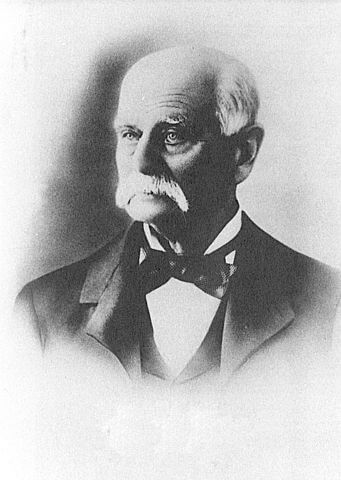 Daniel Decatur Emmett (1815 - 1904) was an American songwriter, and founder of the original blackface minstrel troupe. Born in Mount Vernon, Ohio, considered frontier territory at the time, he had no formal education, taught himself to play the fiddle and learned popular tunes from his mother. He became a printer apprentice and enlisted in the United States Army at the age of 13. Discharged in 1835, he joined the Cincinnati circus and toured as a blackfaced banjoist and singer. He published his own fifer's and drummer's guide in 1862, while stationed in Kentucky.

Emmett is credited with composing what became the Confederate's anthem during the American Civil War, I Wish I Was in Dixie or simply, Dixie. He composed it while traveling with his mistrel troupe, first performed it in 1859 in New York City, and it became a run-away hit. Apparently the song's authorship was later challenged, because Emmett failed to promptly register for copyright protection, but he retained the credit for a beloved song of the South.

I Wish I Was in Dixie