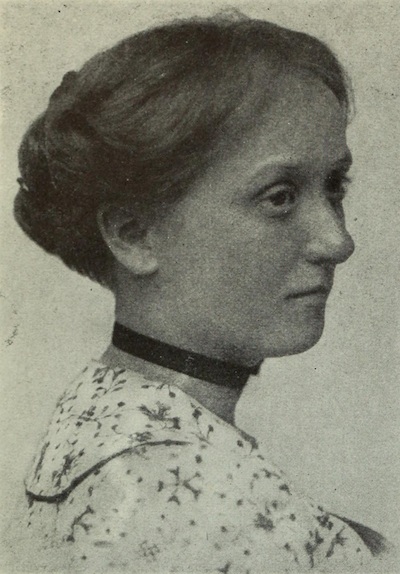 While researching "forgotten authors" I came across Eleanor Hallowell Abbott (1872 - 1958). While I don't have a great deal of information yet regarding Abbott, she was a rather prolific author who wrote seventy-five short stories and fourteen romantic novels.

"Every man," affirmed the Traveling Salesman sententiously—"every man has written one indiscreet letter during his lifetime!"

"Only one?" scoffed the Young Electrician with startling distinctness above even the loudest roar and rumble of the train.

With a rather faint, rather gaspy chuckle of amusement the Youngish Girl in the seat just behind the Traveling Salesman reached forward then and touched him very gently on the shoulder.

"Oh, please, may I listen?" she asked quite frankly.

With a smile as benevolent as it was surprised, the Traveling Salesman turned half-way around in his seat and eyed her quizzically across the gold rim of his spectacles.

And now the stage is set, with all three participants in a common conversation. As the journey continues we discover the Youngish Girl certainly has and it will be central to the resolution of the story.

Peace on Earth, Good-Will to Dogs
The Indiscreet Letter