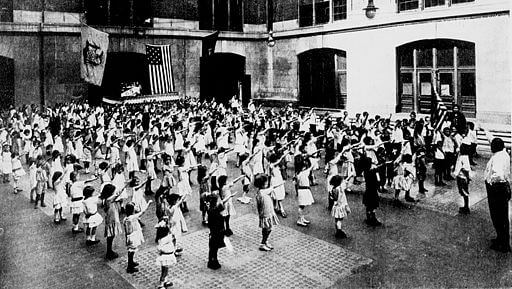 Francis Bellamy (1855 - 1931) was the author of the U.S. Pledge of Allegiance and socialist Baptist minister who believed strongly in the separation of church and state. "Under God" was added by Congress on Flag Day, 1954. Bellamy, cousin of socialist utopian novelist, Edward Bellamy, followed in his father's footsteps, becoming the minister of the First Baptist Church in Rome, New York. 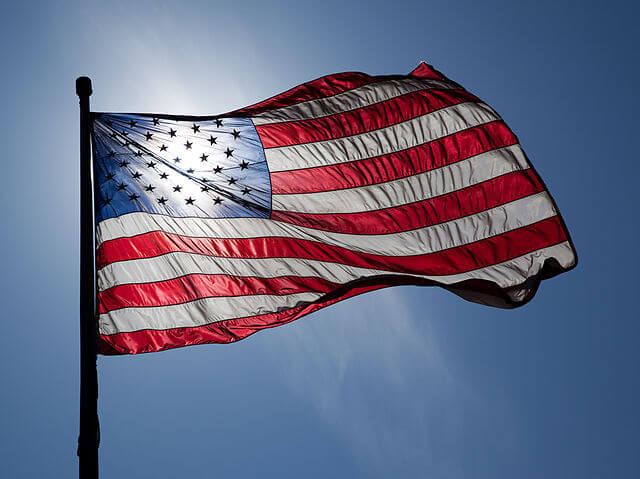 Bellamy traveled extensively to promote his faith, and it was in Massachusetts that he wrote what became officially titled The Pledge of Allegiance as part of a campaign by the patriotic magazine, the Youth's Companion. They supported the schoolhouse flag movement, selling flags to over 26,000 schools, which was almost every school in the country at the time. Bellamy's pledge was first published in the magazine in 1892, commensurate with the 400th anniversary of Columbus Day. He promoted it at a national conference of school superintendents, who along with the National Education Association, launched a campaign to have it recited daily by all school children, with a hand extended in a "flag salute" or "Bellamy salute" facing the flag. The campaign was a wild success, adopted by almost every school in the United States. The custom of the salute was later changed to hand-over-heart, particularly because of its frightening similarity to the "Heil Hitler" salute preceding Word War II.

Five years before Bellamy's, Colonel George Balch, a Civil War veteran, wrote a similar pledge (but it was not adopted as the nation's official pledge):
"We give our heads and hearts to God and our country; one country, one language, one flag!"

Though The Pledge of Allegiance has been modified over the years to reflect various social and political attitudes pertaining to church and state and expressions of patriotism in schools, its compulsory status has declined in recent years. Many children today have never memorized or recited it as part of their school experience.

The Pledge of Allegiance