The Fable of the Parents Who Tinkered with the Offspring

The Fable of the Parents Who Tinkered with the Offspring was published in Fables in Slang (1899). Reminiscent of works by his legendary mentor, Mark Twain. 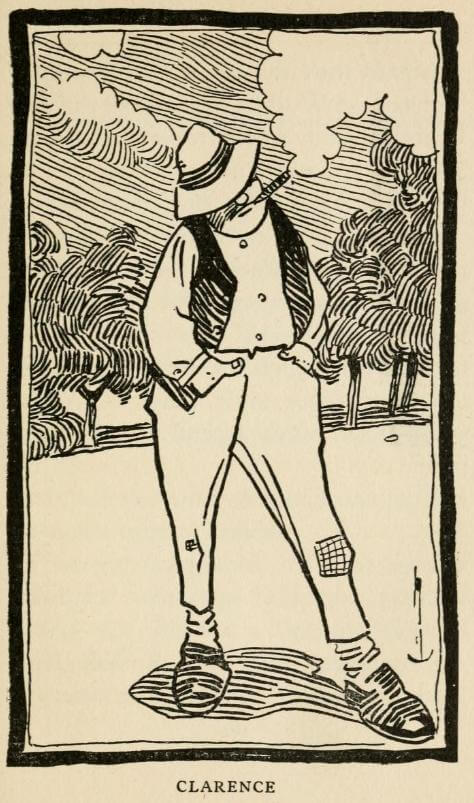 A married Couple possessed two Boys named Joseph and Clarence. Joseph was much the older. His Parents brought him up on a Plan of their Own. They would not permit him to play with other Boys for fear that he would soil himself; and learn to be Rude and Boisterous.

So they kept Him in the House, and: his Mother read to him about Little Rollo, who never lied or cheated, and who grew up to be a Bank President, She seemed to think that a Bank President was above Reproach. 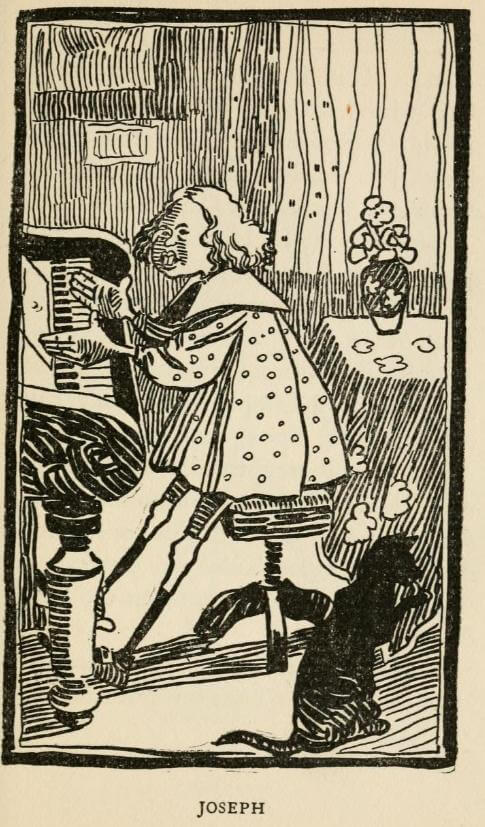 Little Joseph was kept away from the Public Schools, and had to Play Games in the Garret with two Spindly Little Girls. He learned Tatting and the Herring-Bone Stitch. When he was Ten Years of age he could play Chop-Sticks on the Piano; his Ears were Translucent, and his Front Teeth showed like those of a Gray Squirrel.

The other Boys used to make Faces at him over the Back Fence and call him "Sis."

In Due Time he went to College, where he proved to be a Lobster. The Boys held him under the Pump the first Night. When he walked across the Campus, they would whistle, "I don't Want to Play in Your Yard." He began to drink Manhattan Cocktails, and he smoked Hemp Cigarettes until he was Dotty. One Day he ran away with a Girl who waited on the Table at his Boarding House, and his Parents Cast him Off. At Present he has charge of the Cloak Room at a Dairy Lunch.

Seeing that the Home Training Experiment had been a Failure in the case of Joseph, the Parents decided to give Clarence a large Measure of Liberty, that he might become Acquainted with the Snares and Temptations of the World while he was Young, and thus be Prepared to side-step the Pitfalls when he was Older. They sent him to the Public Schools; they allowed him to roam at large with other Kids, and stay out at Nights; they kept Liquor on the Sideboard.

Clarence stood in with the Toughest Push in Town, and thus became acquainted with the Snares and Temptations of the World. He learned to Chew Tobacco and Spit through his Teeth, shoot Craps and Rush the Can.

When his Father suggested that he enter some Business House, and become a Credit to the Family, he growled like a Boston Terrier, and told his Father to go Chase Himself.

At present, he is working the Shells with a Circus.

Moral: It all depends.

Return to the George Ade Home Page, or . . . Read the next short story; The Fable of the Preacher Who Flew His Kite, But Not Because He Wished to Do So