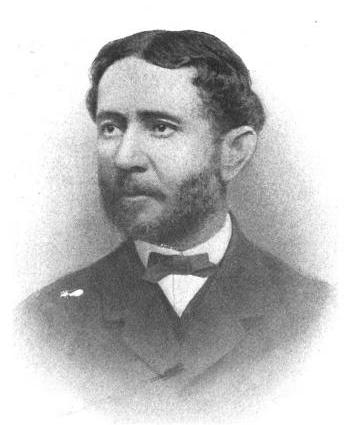 George Henry Miles (1824 - 1871) was an American writer, best known for composing the unofficial anthem of the Confederate States of America, God Save the South (1861).

Interestingly, Miles was a border state Northerner, born in Baltimore, Maryland, attended Mt. Mary's College and was a dramatist and man of letters (scholar). (Side note: Though Maryland was part of the Union, it did not participate in the Emancipation Proclamation of 1863).
While he had many literary talents, Miles had a penchant for "turning a neat verse." He wrote many plays performed on Broadway in New York City, the first break being the tragedy, De Soto in 1859.

Miles published a volume of Christian poems, wrote many pieces of poetry and sketches published in Catholic World in the 1860s. Before he settled into writing, in 1851 Miles was send to Spain on official business by then-President Millard Fillmore. How he came to identify with what became the South's theme song, as a northerner, is a bit of a mystery.