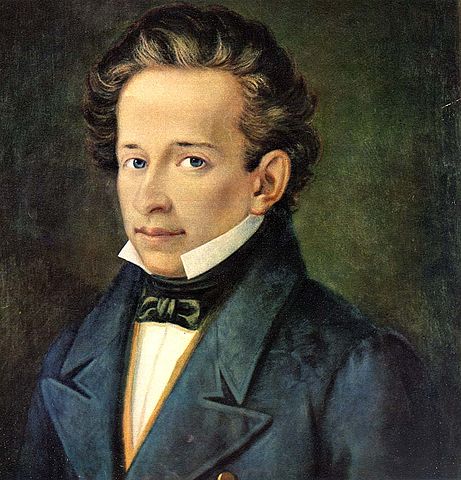 Giacomo Leopardi is a great name in Italy among philosophers and poets, but is quite unknown in this country, and Mr. Townsend has the honor of introducing him, in the most captivating way, to his countrymen. In Germany and France he has excited attention. Translations have been made of his works; essays have been written on his ideas. But in England his name is all but unheard of. Six or seven years ago Mr. Charles Edwards published a translation of the essays and dialogues, but no version of the poems has appeared, so far as I know. Leopardi was substantially a poet,—that is to say, he had imagination, sentiment, passion, an intense love of beauty, a powerful impulse towards things ideal. The sad tone of his speculations about the universe and human destiny gave an impression of mournfulness to his lines, but this rather deepened the pathos of his work. In the same breath he sang of love and the grave, and the love was the more eager for its brevity. He had the poetic temperament—sensitive, ardent, aspiring. He possessed the poetic aspect—the broad white brow, the large blue eyes. Some compared him to Byron, but the resemblance was external merely. In ideas, purpose, feeling, he was entirely unlike the Englishman; in the energy and fire of his style only did he somewhat resemble him. Worshippers have even ventured to class him with Dante, a comparison which shows, at least, in what estimation the poet could be held at home, and how largely the patriotic sentiment entered into the conception of poetical compositions, how necessary it was that the singer should be a bard. His verses ranged over a large field. They were philosophic, patriotic, amorous. There are odes, lyrics, satires, songs; many very beautiful and feeling; all noble and earnest. His three poems, “All' Italia,” “Sopra il Monumento di Dante,” “A Angelo Mai,” gave him a national reputation. They touch the chords to which he always responded—patriotism, poetry, learning, a national idealism bearing aloft an enormous weight of erudition and thought.

Leopardi was born at Recanati, a small town about fifteen miles from Ancona, in 1798. He was of noble parentage, though not rich. His early disposition was joyous, but with the feverish joy of a highly-strung, nervous organization. He was a great student from boyhood; and severe application undermined a system that was never robust, and that soon became hopelessly diseased. Illness, accompanied with sharp pain, clipped the wings of his ambition, obliged him to forego preferment, and deepened the hopelessness that hung over his expectations. His hunger for love could not be satisfied, for his physical infirmity rendered a union undesirable, even if possible, while a craving ideality soon transcended any visible object of affection. He had warm friends of his own sex, one of whom, Antonio Ranieri, stayed by him in all vicissitudes, took him to Naples, and closed his eyes, June 14, 1837.

To this acute sensibility of frame must be added the torture of the heart arising from a difference with his father, who, as a Catholic, was disturbed by the skeptical tendencies of his son, and the perpetual irritation of a conflict with the large majority of even philosophical minds. An early death might have been anticipated. No amount of hopefulness, of zest for life, of thirst for opportunity, of genius for intellectual productiveness will counteract such predisposition to decay. The death of the body, however, has but ensured a speedier immortality of the soul; for many a thinker has since been busy in gathering up the fragments of his mind and keeping his memory fresh. His immense learning has been forgotten. His archæological knowledge, which fascinated Niebuhr, is of small account to-day. But his speculative and poetical genius is a permanent illumination.

Dedication [From the first Florentine Edition of the Poems, in the year 1831.]

To my Friends in Tuscany:

My dear Friends, I dedicate this book to you, in which, as is oft the case with Poets, I have sought to illustrate my sorrow, and with which I now—I cannot say it without tears—take leave of Literature and of my studies. I hoped these dear studies would have been the consolation of my old age, and thought, after having lost all the other joys and blessings of childhood and of youth, I had secured one, of which no power, no unhappiness could rob me. But I was scarcely twenty years old, when that weakness of nerves and of stomach, which has destroyed my life, and yet gives me no hope of death, robbed that only blessing of more than half its value, and, in my twenty-eighth year, has utterly deprived me of it, and, as I must think, forever. I have not been able to read these pages, and have been compelled to entrust their revision to other eyes and other hands. I will utter no more complaints, my dear friends; the consciousness of the depth of my affliction admits not of complaints and lamentations. I have lost all; I am a withered branch, that feels and suffers still. You only have I won! Your society, which must compensate me for all my studies, joys, and hopes, would almost outweigh my sorrows, did not my very sickness prevent me from enjoying it as I could wish, and did I not know that Fate will soon deprive me of this benefit, also, and will compel me to spend the remainder of my days, far from all the delights of civilized life, in a spot, far better suited to the dead than to the living. Your love, meanwhile, will ever follow me, and will yet cling to me, perhaps, when this body, which, indeed, no longer lives, shall be turned to ashes. Farewell! Your

Aspasia.
Calm After Storm
Consalvo.
First Love.
Fragments.
Hymn To The Patriarchs. Or Of The Beginnings Of The Human Race.
Imitation.
Love And Death.
Night Song Of A Wandering Shepherd In Asia.
On An Old Sepulchral Bas-Relief.
On Dante's Monument, 1818.(Then Unfinished.)
On The Portrait Of A Beautiful Woman, Carved On Her Monument.
Palinodia. To The Marquis Gino Capponi.
Recollections.
Scherzo.
The Dream.
The Evening Of The Holiday.
The Ginestra, Or The Flower Of The Wilderness.
The Infinite.
The Last Song Of Sappho.
The Lonely Life.
The Lonely Sparrow.
The Resurrection.
The Ruling Thought.
The Setting Of The Moon
The Village Saturday Night.
The Younger Brutus.
To Angelo Mai, On His Discovery Of The Lost Books Of Cicero, “De Republica.”
To A Victor In The Game Of Pallone.
To Count Carlo Pepoli.
To Himself.
To His Sister Paolina, On Her Approaching Marriage.
To Italy. (1818.)
To Sylvia.
To The Beloved.
To The Moon.
To The Spring. Or Of The Fables Of The Ancients.