Jack Kerouac (1922 - 1969) was an American novelist, poet and painter, best known for his role creating and leading the Beat Generation. He is best remembered for his iconoclastic novel that continues to enjoy a modern-day, cult following of beatnik-wanna-be's, On the Road, published in 1957. Authors who shared Kerouac's passionate, spontaneous, inflammatory, hate prose and verse included Allan Ginsberg and William S. Burroughs.

Kerouac grew up in Lowell, Massachusetts, attended Columbia University on a football scholarship, broke his leg freshman year and never played again. He wrote several sports articles for the school paper, joined a fraternity, then dropping out. He remained on the Upper West Side and befriended the group of writers who would later become known as the Beat Generation. He joined the United States Merchant Marine in 1942, when he wrote his first novel, which he discredited and never sought to get published, The Sea is My Brother (2011) about "a man's simple revolt from society as it is, with the inequalities, frustration, and self-inflicted agonies." He served in the U.S. Navy for eight days before being placed on the sick list and discharged. According to Kerouac, he "asked for an aspirin for his headaches and they diagnosed me dementia praecox and sent me here." 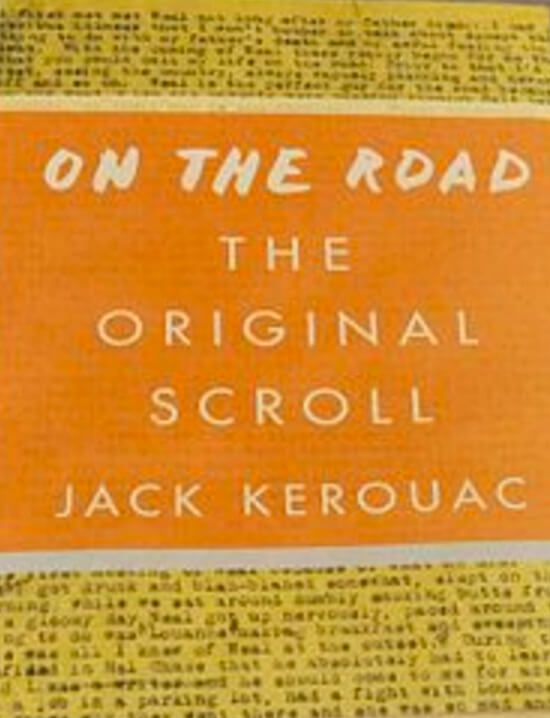 Kerouac's next chapter was work on the railroad as a breakman and fire lookout, where he traveled extensively between the East and West coasts. He found enough rest and quiet to write what would later become his most notable work On the Road. Interestingly, Kerouac had the highest regard for what he considered "his life's work," titled Vanity of Duluoz: An Adventurous Education 1935-46 (1968).

“The best teacher is experience and not through someone's distorted point of view.” --On the Road