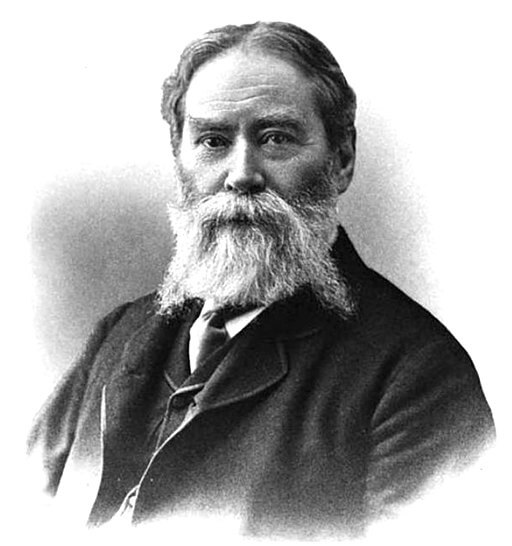 James Russell Lowell (1819 - 1891) was an American romantic poet, whose work rivaled the popularity of 19th century British poets. He was one of the New England authors known as "Fireside Poets" for their family-friendly, morality verses, perfect for reciting by the hearth. Other members included Henry Wadsworth Longfellow, John Greenleaf Whittier, Oliver Wendell Holmes, Sr., and William Cullen Bryant. Transcendentalist Ralph Waldo Emerson is sometimes included in this group of influential poets.

Lowell believed the poet was an important societal critic and prophet. He became an avid supporter of the anti-slavery movement after studying at Harvard and marrying Maria White in 1844. They had several children, but only one survived beyond childhood. A Fable for Critics, a satire of contemporary critics and poets, gained him notoriety after it was published in 1848. Lowell returned to Harvard to teach languages for more than twenty years, traveled extensively in Europe, and became the editor of The Atlantic Monthly in 1857. Twenty years later he would receive his first political appointment as the ambassador to Spain. Lowell published several poetry collections reflecting his prominent beliefs about liberty and the role of poetry towards reform. His use of dialect, particularly emulating the Yankee accent, inspired the likes of Mark Twain.