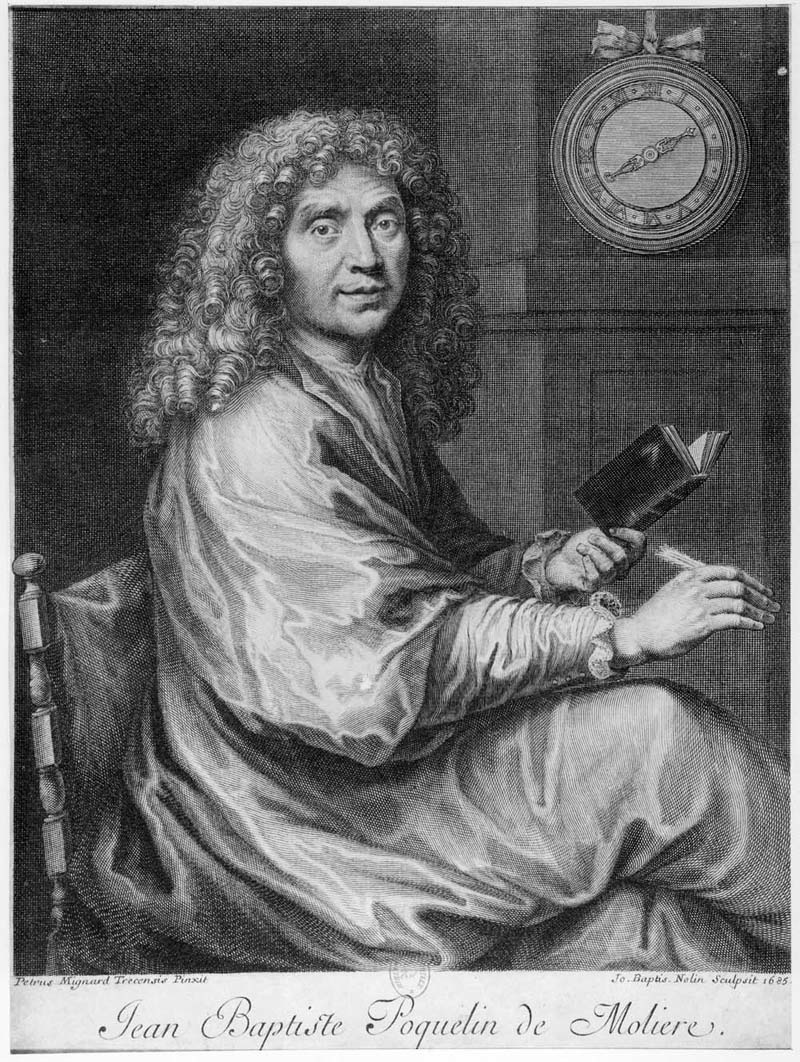 French playwright Jean-Baptise Poquelin, better known by his stage name Moliere (1622-1673), was considered a master of comedy in western literature. He acted, directed performances, managed theaters and wrote plays in Paris and the provinces. His biting satirical comedies exposing vices and foibles of the day earned him recognition from the king and a public following, but it also resulted in enemies and vicious personal attacks. His seemingly simple portrayal of life, exposed universally recognized themes of human weakness, Tartuffe; or, The Hypocrite is probably his best regarded work of satire. Other works include The Misanthrope, The School for Wives, The Miser, The Imaginary Invalid, and The Bourgeois Gentleman. Moliere died in 1673 of illness, literally within hours of performing his last masterwork, The Imaginary Invalid.

Tartuffe; or, The Hypocrite
The Learned Women
The Middle Class Gentleman
The Miser
The School for Learned Husbands