John Steinbeck (1902 - 1968) produced twenty-seven books and five short story collections. He won the Pulitzer Prize for The Grapes of Wrath in 1939, and the Nobel Prize in Literature in 1962. Steinbeck's writing celebrated the working man during the Great Depression, set primarily in Monterey County, California, where he spent most of his life. 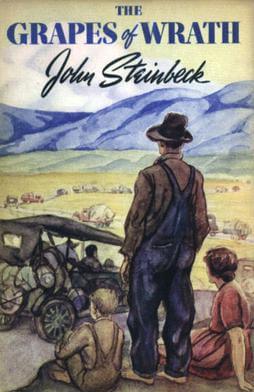 Though he is responsible for far too many great works to mention here, the ones read most widely abroad and adapted into iconic films include: Tortilla Flat (1935), Of Mice and Men (1937), The Grapes of Wrath (1939), Cannery Row (1945), The Pearl (1947), and East of Eden (1952). Though his work is not yet in the public domain, we pay tribute to his significant contributions to great American literature.

"For it is said that humans are never satisfied, that you give them one thing and they want something more. And this is said in disparagement, whereas it is one of the greatest talents the species has and one that has made it superior to animals that are satisfied with what they have." -- The Pearl (1947)