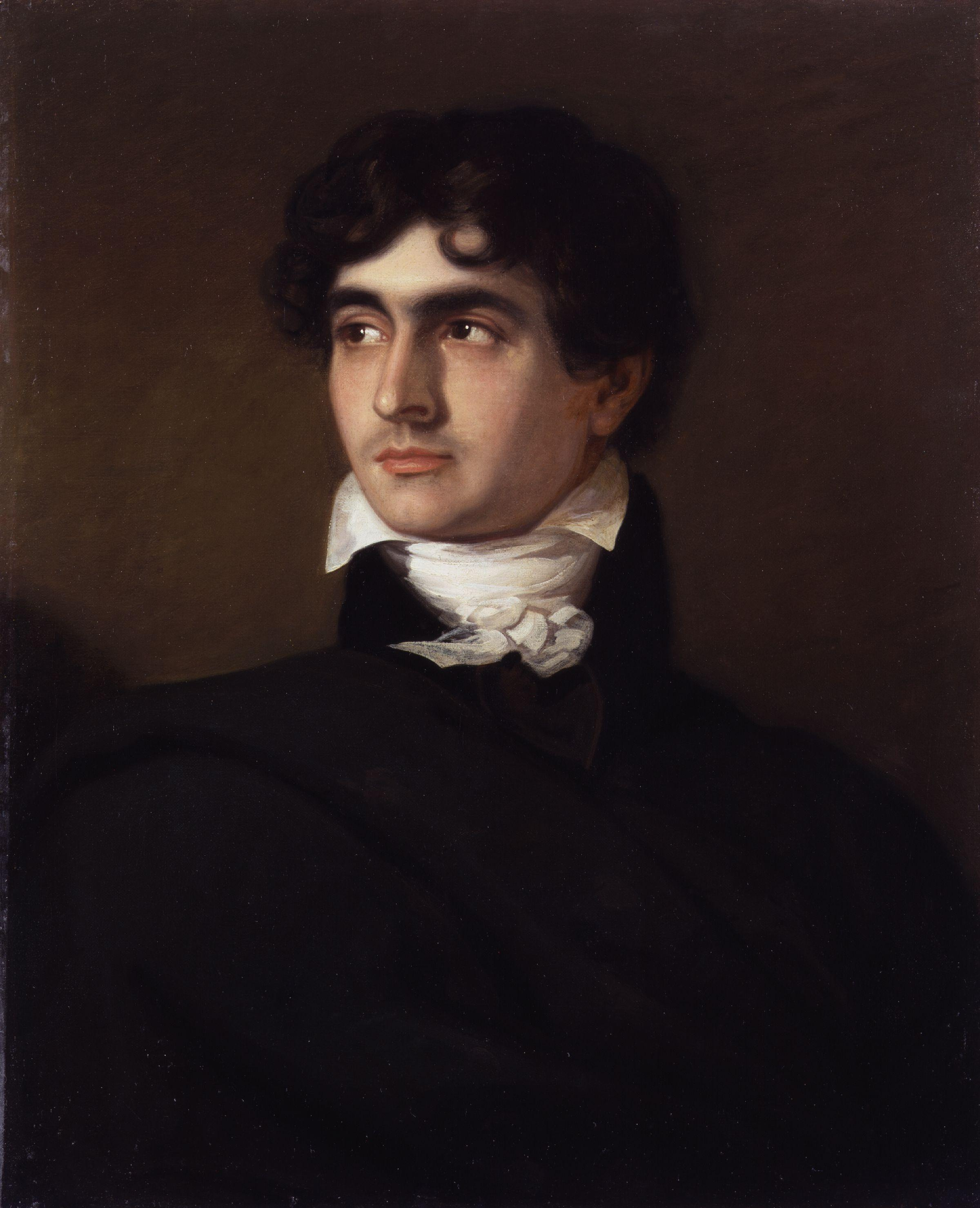 John William Polidori (1795-1821) was an English physician and writer who published the first vampire story in English, the precursor to an enduring and lucrative genre: romantic vampire fantasy fiction. Polidori's short story The Vampyre was first published in 1819, horrifying his readers. Why have vampire stories endured? We're terrified of the character doing harm, while at the same time drawn to his charm, and seduced by the notion of immortality. But perhaps most of all, we are empathetic to his tragic, lonely, never-ending existence. Perhaps a mischievous pundit's analysis would simply offer that he's a character we can really sink our teeth into.

Interesting fact about the story's origins: when first published, The Vampyre was falsely attributed to Lord Byron. Polidori was Byron's personal physician who accompanied him on a trip through Europe and was paid to keep a diary of their travels. While in Switzerland, Byron and Polidori met Mary Wollstonecraft (Shelley) and her fiance Percy Bysshe Shelley, at which time Byron suggested they each write a ghost story. Talk about a productive writers' workshop... Mary Wollstonecraft Shelley would adapt the story into her infamous work Frankenstein, Polidori's adapted his into The Vampyre.