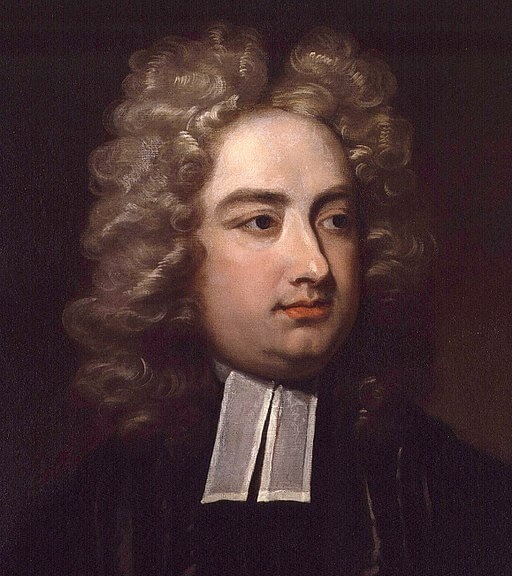 Jonathan Swift (1667-1745) was an Irish cleric, satirist, pamphleteer, and poet who became Dean of Dublin's St Patrick's Cathedral. He is best known for clever political satire in his fictional novel, Gulliver's Travels (1726) and his short story with a voluminous title, A Modest Proposal for Preventing the Children of Poor People in Ireland, from Being a Burden to Their Parents or Country, and For Making Them Beneficial to the Public (1729).
[Portrait at right by Charles Jervas, 1710]