Matthew Phipps Shiel (1865-1947) was a prolific British writer of West Indian descent, best remembered for his supernatural horror and scientific romances, including the Dystopian novel, The Purple Cloud (1901). Described as one of the first future history series in science fiction, it was praised by both H.G. Wells and H.P. Lovecraft. 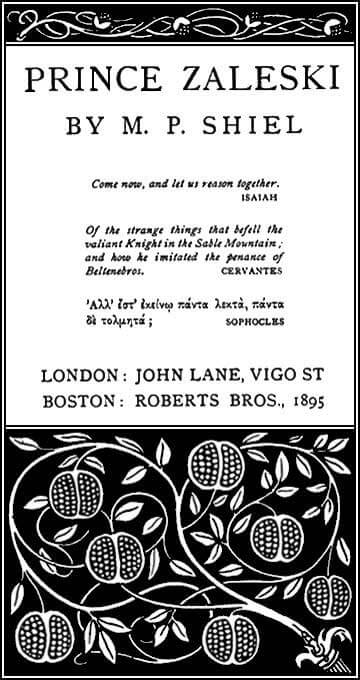 Shiel was born on the island of Montserrat, West Indies, and attended Harrison College in Barbados before moving to England in 1885. He cracked into the science fiction market by publishing short stories in The Strand, and earned literary recognition for his first two short story collections, considered flamboyant: Prince Zaleski (1895) and Shapes in the Fire (1896) were clearly influenced by the works of Edgar Allan Poe. Shiel's most popular novel during his lifetime was The Yellow Danger (1898).