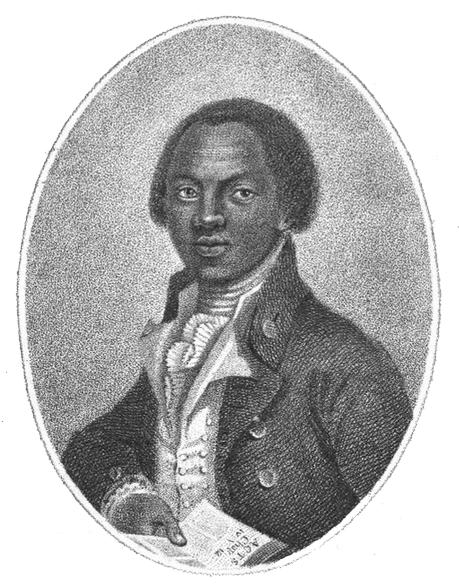 Olaudah Equiano (1745-1797), known as Gustavas Vassa during his lifetime, was a freed African slave who became an author, and abolitionist, best known for stirring compassion about the inhumanity of the slave trade in his autobiography, The Interesting Narrative of the Life of Olaudah Equiano, or Gustavas Vassa, the African (1789). Though his origins aren't clear, he purchased his freedom from slavery in 1766 from an American Quaker, Robert King, then emigrated to England, where he became prominent in London, active with the abolitionist group, Sons of Africa, and supported the British movement to end the slave trade. His autobiography, along with his political actions, helped influence of the Slave Trade Act 1807 which ended the African trade for Britain and its colonies.

>An excerpt from Equiano's introduction:
"Permit me, with the greatest deference and respect, to lay at your feet the following genuine Narrative; the chief design of which is to excite in your august assemblies a sense of compassion for the miseries which the Slave-Trade has entailed on my unfortunate countrymen. By the horrors of that trade was I first torn away from all the tender connexions that were naturally dear to my heart; but these, through the mysterious ways of Providence, I ought to regard as infinitely more than compensated by the introduction I have thence obtained to the knowledge of the Christian religion, and of a nation which, by its liberal sentiments, its humanity, the glorious freedom of its government, and its proficiency in arts and sciences, has exalted the dignity of human nature."