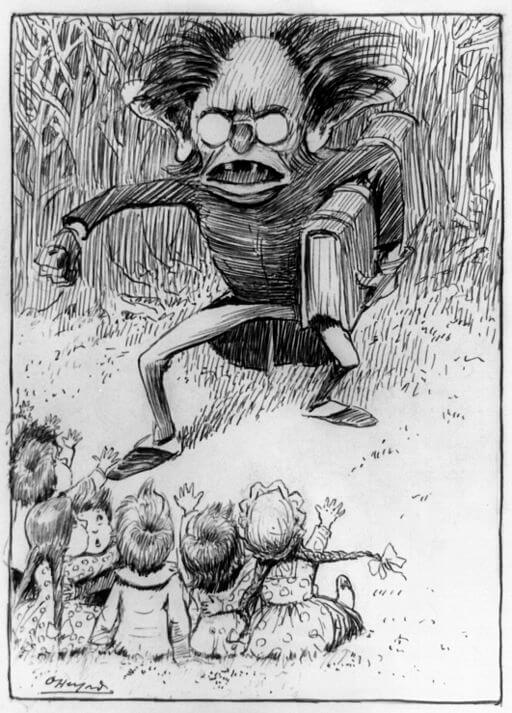 Oliver Herford (1860 - 1935) was an English illustrator, writer, and artist born in Sheffield, England. His father was a Unitarian minister who moved the family to Chicago when the young Herford was sixteen, then to Boston several years later. He returned to London to attend the Slade School and then went to Paris to study art at the Académie Julien. He spent the rest of his life writing in New York City. Herford's dry humor, inclination toward controversy, and poetic wit led some to label him "The American Oscar Wilde," which caught our attention.

We feature some of his playful poems from his collection, The Bashful Earthquake & Other Fables and Verses (1898), which are particularly appealing to both children and adults (occasionally, for different reasons). [In lieu of a portrait, we offer Herford's caricature sketch, "A horrible monster glared at them" from Geezers, 1895.]