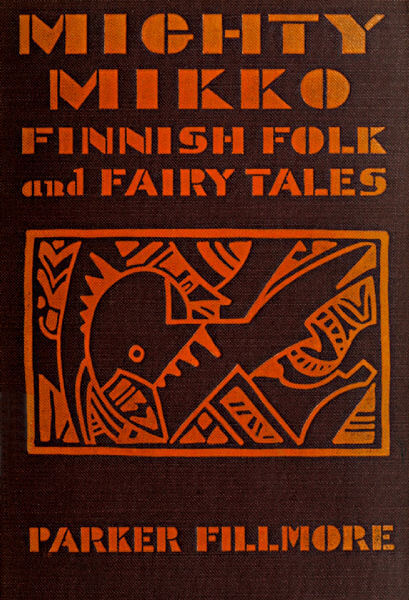 Parker Fillmore (1878 - 1944) collected and edited numerous fairy tales from around the world, including Czechoslovak, Yugoslovak, Finnish, and Croatian. His collection, Mighty Mikko: A Book of Finnish Fairy Tales and Folk Tales (1922) includes one of the most popular fair tales, The Forest Bride: The Story of a Little Mouse Who was a Princess. We feature his stories in our Favorite Fairy Tales.

Fillmore was passionate about preserving the cultural heritage of the stories he published. From his Finnish fairy tales collection:
"The spirit of nationalism that swept over the small peoples of Europe in the early nineteenth century touched faraway Finland and started the Finns on the quest of the Finnish. There as elsewhere scholars who were also patriots found that the native tongue, lost to the educated and the well-to-do, had been preserved in the songs and stories which were current among the peasants. Elias Lönnrot spent a long and busy life collecting those ancient runos from which he succeeded in building up a national epic, the Kalevala. This is Lönnrot’s great contribution to his own country and to the world. Beside the material for the Kalevala Lönnrot made important collections of lyrics, proverbs, and stories."

Fillmore did not merely translate the works, but rewrote them for English speaking audiences:
"The stories as I offer them are not translations but my own versions. Literal translations from the Finnish would make small appeal to the general reader. To English ears the Finnish is stiff, bald, and monotonous. One has only to read or attempt to read Kirby’s excellent translation of the Kalevala to realize the truth of this statement. So I make no apology for retelling these tales in a manner more likely to prove entertaining to the English reader, whether child or adult."