Pearl Sydenstricker Buck (1892 -1973) was an American novelist who spent more than half of her life in China. She is also known by her Chinese name, Sai Zhenzhu ( 賽珍珠). Buck was the first woman to receive the Nobel Prize in Literature in 1938.

Buck's parents were Chinese missionaries who traveled back to Hillsboro, West Virginia to give birth to Pearl, before returning to China when she was five months old; first to Huai'an, then Zhenjiang (close to Nanking). Pearl had the unique opportunity to immerse in pre-communist Chinese culture for her formative years, and then share those experiences with an eager audience in her best selling novel, The Good Earth (1931). Buck's ability to relate Chinese peasant life in a country that had remained closed-off and a mystery to much of the Western world, earned the book's praise as a "biographical masterpiece" and the Pulitzer Prize in 1932. 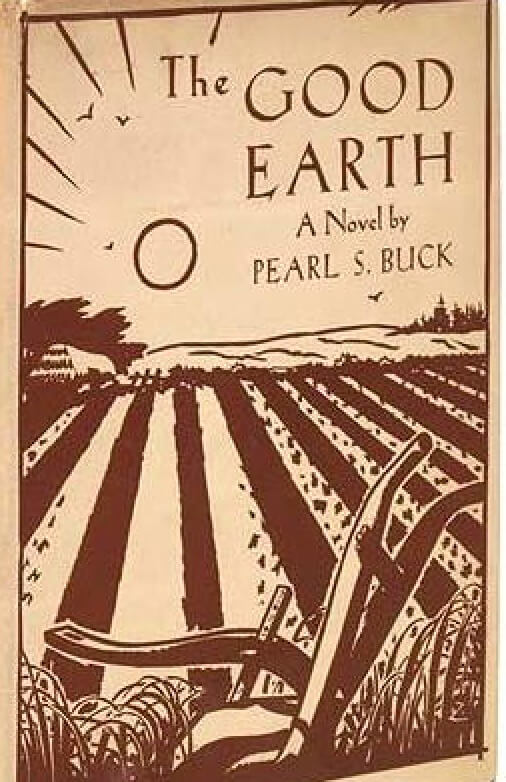 Buck returned to the United States in 1935, where she continued a prolific writing career, including many works about Chinese and Asian culture. Denounced as an "American cultural imperialist," Pearl was denied re-entry to China after the 1949 Cultural Revolution. Buck described the Communist tyranny in China in her 1962 novel, Satan Never Sleeps. Not surprising, she was denied permission by the Chinese government to accompany President Richard Nixon on his historic visit in 1972. Throughout her career, Buck remained a staunch advocate for women and minority rights, and adoptions of Asian and mixed-race decent babies.

Though we are unable to feature Buck's work until it enters the public domain, we recognize her important achievements, inspiring writers and readers alike.