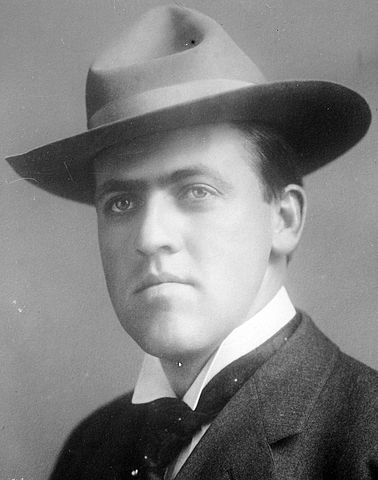 Born in Atwood, Michigan in 1877, Rex Ellingwood Beach was an Olympic water polo player whose team won Silver in the St. Louis Games, as well as a novelist and playwright. When he was young, Beach's family moved to Florida, he attended law school in Chicago, then headed to Alaska to partake in the Klondike Gold Rush. After five years without luck finding gold, he became a writer.

Beach's first novel, The Spoilers (1906), was about corrupt government officials stealing mines from prospectors. It was the best selling novel that year, adapted into a screenplay and made into five movies between 1914 and 1955, featuring tough-guy leading men like Gary Cooper and John Wayne. At least thirteen movies released during this period were based on Beach's screenplays and book adaptations.

Beach went on to write a litany of rugged adventure stories, many set in Alaska, inspired by Jack London. They include Pardners (1905) and Laughing Bill Hyde (1917). Some called him the "Victor Hugo of the North" while others criticized his formulaic style from the "he-man" school of literature. Either way, his written work and its depiction on the silver screen, were very popular in the 1900s.

A Bitter Root Billingsrbiter
Flesh
His Stock in Trade
Laughing Bill Hyde
North of Fifty-Three
Out of the Night
Pardners
Running Elk
The Colonel and the Horse-Thief
The Cub Reporter
The Moon, the Maid, and the Winged Shoes
The Mule Driver and the Garrulous Mute
The North Wind's Malice
The Real and the Make-Believe
The Scourge
The Shyness of Shorty
The Test
The Thaw at Slisco's
Where Northern Lights Come Down O' Nights
With Bridges Burned
With Interest to Date