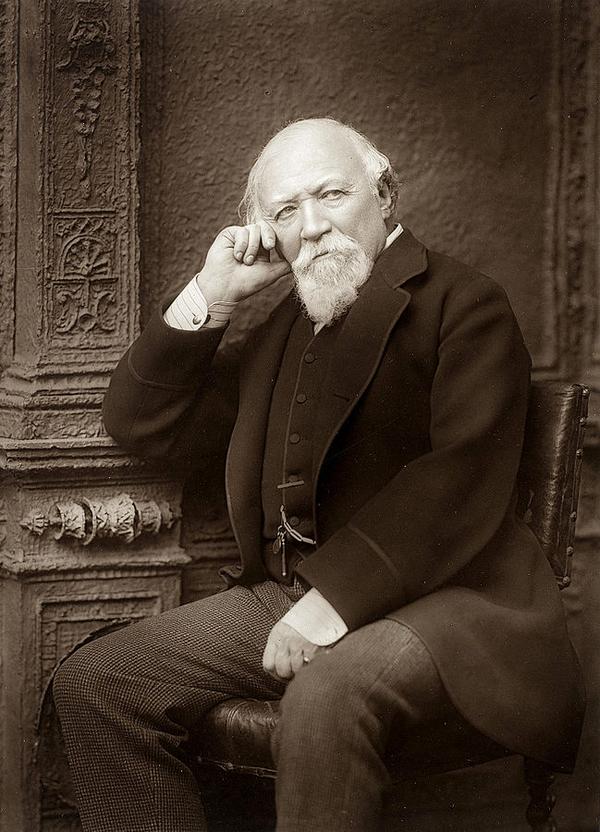 After a promising start to his career, English poet Robert Browning (1812 - 1889) ran into a spot of bother with the publication of Sordello in 1840. While his work always featured challenging vocabulary, syntax, and was relatively difficult to read -- steeped in irony, social criticism, and dark humor -- the general feeling surrounding Sordello was that Browning was "willfully obscure." That opinion did significant damage to his career, and it took a decade for his reputation to recover. His children's book The Pied Piper of Hamlin is taught in many elementary classrooms today.

He married Elizabeth Barrett in 1846, enjoining one of literary history's most famous matches. At the time, Elizabeth was more acclaimed but over the decades his esteem grew as well. The couple lived in Italy -- a country Robert referred to as "my university". Under the influence of Elizabeth and reveling in Italy, Robert's work softened in places and grew more mature in others. By the end of his career, Robert had distinguished himself as a philosopher-poet and was also valued for his insightful commentary on and contributions to Victorian culture and political discourse.

Best known for "Men and Women," "The Ring and the Book," His children's book "The Pied Piper of Hamelin" is included in many elementary school curricula and featured in our collection.