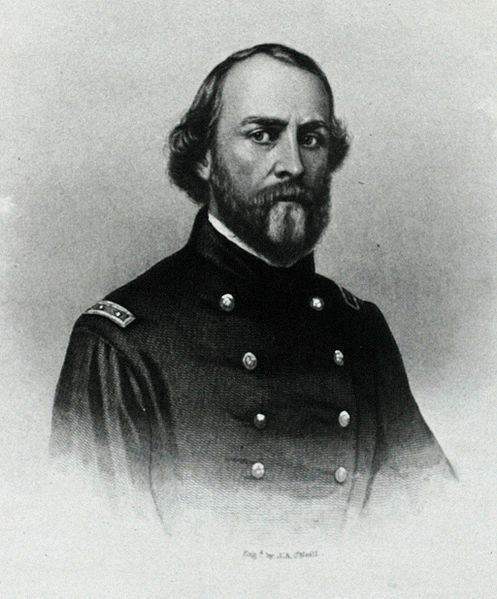 A number of great literary works were inspired by the American Civil War including the short stories An Occurrence at Owl Creek Bridge and A Horseman in the Sky, and the novel The Red Badge of Courage amongst others. But works of art were also produced by the soldiers themselves.

Sullivan Ballou (1829 - 1861) was a lawyer and politician from Rhode Island. He joined the Union army at the onset of the war, answering president Abraham Lincoln's call to arms after the fall of Fort Sumter. On July 14, 1861 he penned a letter to his wife Sarah Ballou, a week before the First Battle of Bull Run. The poignant letter was made famous in Ken Burn's PBS documentary The Civil War. Ballou was wounded on July 21st and succumbed of his wounds on July 29th 1861, just over two weeks after writing his letter.

You may enjoy American History and our collection of Civil War Stories which features Ballou's letter.

The following scene is from the PBS documentary. The letter is set to Jay Ungar's musical piece "Ashokan Farewell" and read by Paul Roebling.