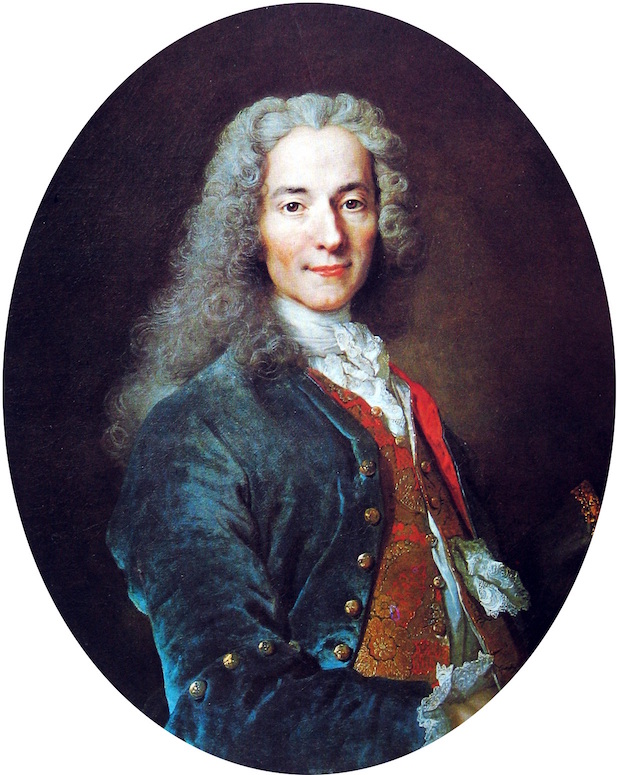 The first recorded usage of the french term nom de plume (pen name) didn't occur until 1823. François-Marie Arouet (1694 - 1778) preceded that date by almost fifty years. But he was known then, as his is now, by the famous nom de plume, Voltaire.

Voltaire was a man of many talents. As writer he was able to work in many forms including plays, poems, novels, essays, historical, and scientific works. As a political philosopher he was famous for his attacks on established religion, particularly the Catholic Church, and he was an advocate for the freedom of religion, freedom of expression, and the separation of church and state. Ideas which would late be enshrined into the United States Constitution.

Candide; or, The Optimist