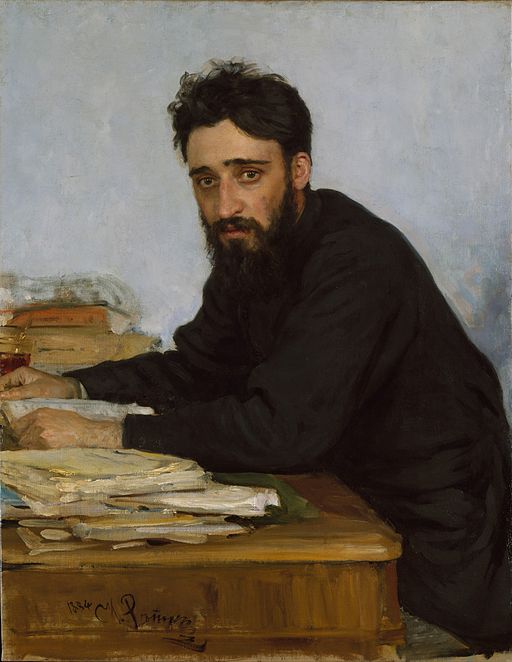 Vsevolod Mikhailovich Garshin (1855 - 1888) was a Russian short story author whose ancestry traced back to a 15th century Tatar prince serving Ivan the Great. Garshin's father was an officer, he attended the Saint Petersburg Mining Institute before volunteering in the army, where he served during the Russo-Turkish War in 1877. He was injured, promoted to an officer before retiring to pursue his literary career. [Portrait by Ilya Repin, 1884.]

Garshin published few works, about twenty stories, but their quiet power was a notable precursor to Anton Chekhov's brilliant use of tragic irony. Garshin offered empathy and pity to his characters, often likened to the works of Fyodor Dostoevsky.

Unfortunately, Garshin suffered from mental illness and committed suicide when he was only 33. We feature one of Garshin's better-known stories, A Red Flower. You may enjoy our collection of Russian Writers.

A Red Flower
Four Days
That Which Was Not
The Signal