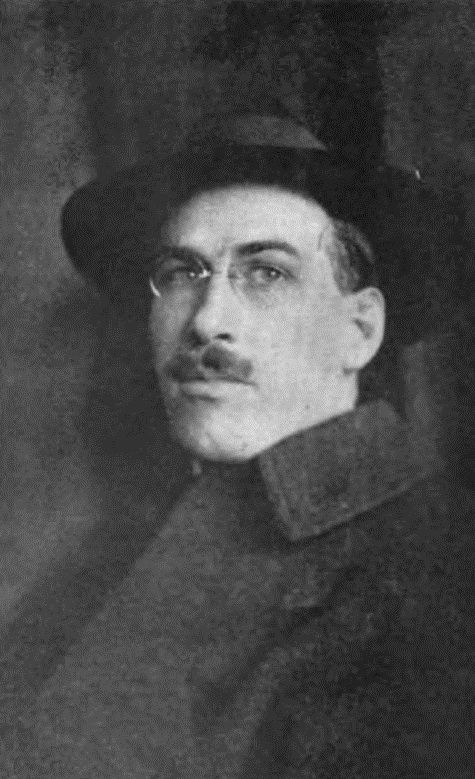 One of our great pleasures at American Literature is rediscovering "lost" writers. It is especially rewarding when we stumble upon writers that have produced a wonderful canon of work but never achieved the fame -- and fortune -- that should have attended their work and we have the opportunity to introduce them to moder readers. We have now been contacted, a second time, by one of our readers who also delights in the hunt for great literature. The first time we heard from Nina Zumel, she brought The Family of the Vourdalak to our attention and kindly provided a translation for us to publish. Now we have heard from her again as she shares some select work from Wilbur Daniel Steele. Rather than produce our own biography, we offer you Nina's introduction, used here with her permission

He's quite forgotten today, but Wilbur Daniel Steele was one of the most highly praised American short story writers of the early twentieth century. He wrote both for prestigious fiction magazines and for women's magazines. Between 1915 and 1933, at least ten of Steele's stories appeared in Edward J. O'Brien's annual Best [American] Short Stories of the Year. Over the same period, eleven of his stories were O. Henry prize selections: one more than John Cheever, one fewer than Alice Munro and William Faulkner.

After about 1933, he seems to have published fewer short stories, and these largely in women's magazines. He had a revival of sorts around the 1950s when some of his earlier work was republished in crime fiction magazines like Ellery Queen's Mystery Magazine. After that, he dropped off the radar. Steele passed away in 1970, at the age of 84.

Steele's wrote dramas of everyday life, crime stories, travelogues, tales of the sea, of fisherfolk and sailors, of the Caribbean, the South Pacific, North Africa. He wrote a few ghostly or otherwise supernatural tales, and even more stories that brushed up along the edge of the uncanny. Even in his naturalistic work, Steele often had a way of describing scenes and situations that conjured up the eerie, the otherworldly, the macabre.

His best works, in my opinion, are the stories of life in the fishing communities of Massachusetts, both Yankee and Portuguese. These seem to be the stories---and the characters---he cared about most. And his language, always lovely, is especially beautiful in these New England tales; Steele loved the ocean. I'm honestly surprised that his Urkey Island, Old Harbor, and Great Neck stories aren't better remembered.

I also really like his crime stories. Before I discovered "classic ghost stories" as an adult, I grew up devouring tattered old pocketbook reprints and well-worn hardcover editions of the Ellery Queen and Alfred Hitchcock macabre tale anthologies from my local library. Those were my literary loves growing up, and Steele does them well. I'm surprised that these aren't remembered, either.

For this collection, I've gone through the body of Steele's work that is in the public domain and picked out stories that I think might appeal to people with similar tastes as mine. These fall in three categories: supernatural(ish) tales, New England fisherfolk tales, and crime stories. Often the categories overlap. In addition to the actual tales of the supernatural, I've favored stories that have a touch of an otherworldly, eerie mood to them, as those are the ones I'm drawn to the most.

I hope you enjoy them as much as I have.