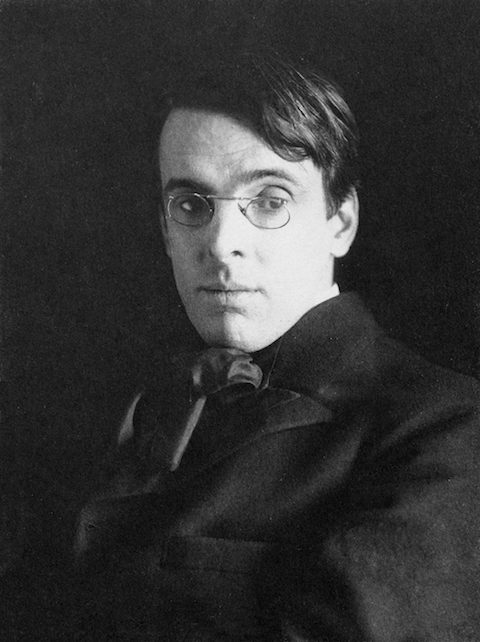 The poet William Bulter Yeats (1865 - 1939) was a lion of English and Irish literature in the 20th century, awarded the Noble Prize in Literature in 1923. His recognition so soon after Ireland's independence afforded him the opportunity to promote Irish nationalism and cultural independence. In addition to his accomplishments as a poet and short story author, Yeats founded the Abbey Theatre, spearheaded the Irish Literary Revival, and served in the Irish Senate for two terms late in his life.

Yeats grew up in Sandymount in County Dublin, Ireland where he attended school, before studying in London. He enjoyed poetry at an early age, reading Irish myths and works of the occult. The Island of Statues was his first significant poem. Yeats published his first book of lyrical work titled, The Wanderings of Oisin and Other Poems in 1889, comprising magical and fantasy pieces based on the Fenian Cycle of Irish mythology. His early works were clearly influenced by Percy Bysshe Shelley, Edmund Spenser, and William Blake. Yeats moved from Transcendentalism and a fascination with Irish mythology in his early years; he transitioned to poetry, which afforded more realistic and grounded expressions in the physical. His style is considered symbolist.

After World War I, Yeats became disillusioned by the efficacy of democracy, lost much of his revolutionary spirit, and began favoring totalitarianism. He served as a Senator of the Irish Free State from 1922-1928. After winning the Nobel Prize, his book sales increased and he had enough wealth to pay off his family's debts.

"Education is not the filling of a pail, but rather the lighting of a fire."

After many years of poor health, he underwent an operation, regaining his zeal for writing poetry, and dating younger women. In 1936, Yeats edited the Oxford Book of Modern Verse, 1892–1935. He passed away in 1939. His grave's epitaph is an excerpt from his poem, Under Ben Bulben:

Four Years
Hanrahan And Cathleen The Daughter Of Hoolihan
Hanrahan's Vision
Of Costello the Proud, of Oona the Daughter of Dermott and of the Bitter Tongue
Out Of The Rose
Red Hanrahan
Red Hanrahan's Curse
Rosa Alchemica
The Crucifixion Of The Outcast
The Curse Of The Fires And Of The Shadows
The Death Of Hanrahan
The Heart Of The Spring
The Old Men Of The Twilight
The Twisting Of The Rope
The Wisdom Of The King
Where There Is Nothing There Is God