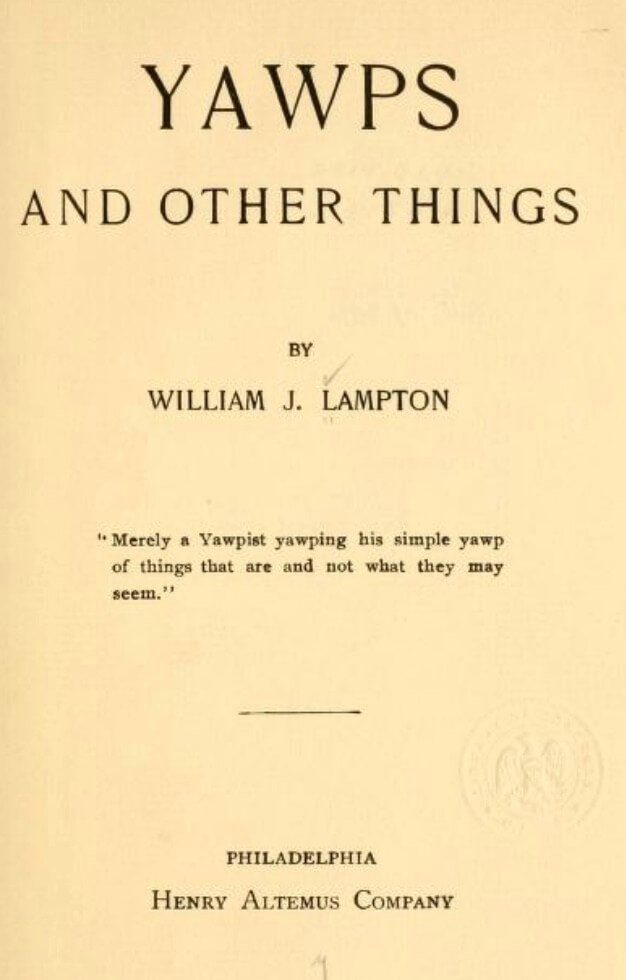 William James Lampton was an American author best known for Yawps, and Other Things, a collection of 65 satirical poems, inspired perhaps by his cousin, legendary wit, Mark Twain. Its subtitle may give you some indication of his literary style: "Merely a Yawpist yawping his simple yawp of things that are and not what they may seem.".

Lampton's short story, How the Widow Won the Deacon is one of our favorites, published in 1911. Lampton was quite an interesting literary character himself in New York City between 1895 and his death in 1917. We bet that's a good story in its own right, yawpist or not.

How the Widow Won the Deacon