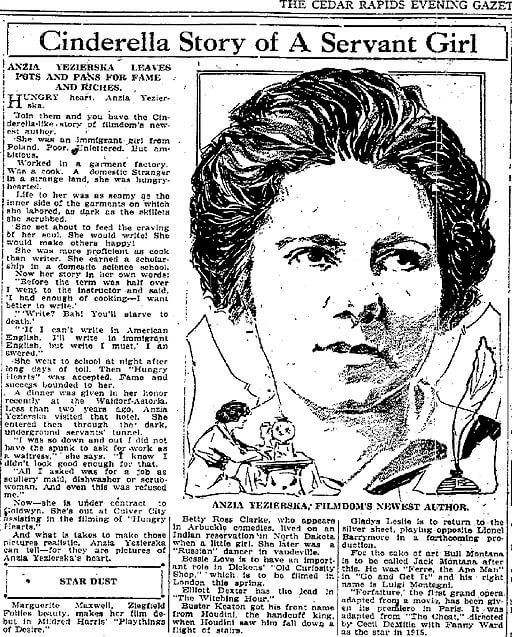 Anzia Yezierska (1885-1970), who emigrated from Poland as a young child, was a Jewish-American author best known for her short stories set in the lower-east side of Manhattan's immigrant tenements, where she grew up. Her father was a scholar of the Torah and other sacred texts. Though her parents encouraged their sons to pursue higher education, Anzia and her sisters were taught to support men. She was briefly married, had one child in 1912, attempted to raise her alone while working as a social worker in San Francisco, but then transferred custody rights back to her ex-husband. She pursued her writing career, which took several years before she secured a publisher. 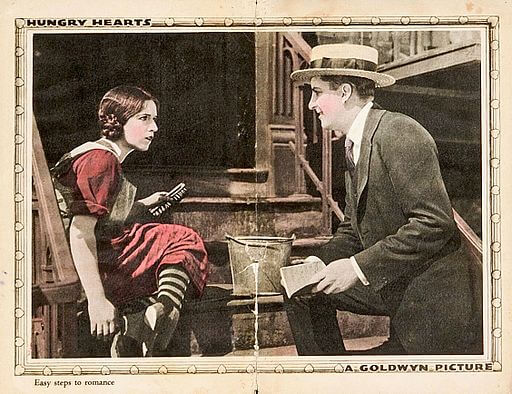 The illusive "American dream" sought by poor European immigrants, particularly the struggles of immigrant women searching for their identifies in America, became her own rags-to-riches story. The Fat of the Land was featured in Edward J. O'Brien's collection, Best Short Stories of 1919, after which she published her own collection, Hungry Hearts (1920). Samuel Goldwyn, with whom she had a brief romantic relationship, bought the rights to Yezierska's collection and adapted her stories into a silent film in 1922. She began writing screenplays in Hollywood, known by publicists as the "sweatshop Cinderella," but became so uncomfortable with the artificiality of Hollywood that she returned to New York in the 1920's to resume her productive career writing stories and novels. Her collection, Children of Loneliness (1922), focused on the struggles of first generation Americans in search of the American Dream. Her most studied work is her novel, Bread Givers (1925) about a struggle between a father of the Old World and a daughter of the New. Her writing exemplifies the genre of Realism.

Interest in her writing faded after the 1920s and during the Great Depression she worked for the Federal Writers Project. Her work was rediscovered in the 1960's and 1970's with interest in women's literature studies. Her fictionalized autobiography, her last novel, was published when she was nearly 70 years old, Red Ribbon on a White Horse (1950). Yezierska eventually moved back to California, she was nearly blind, but kept writing until her death in 1970. Yezierska's work is featured in our Feminist Literature Study Guide.