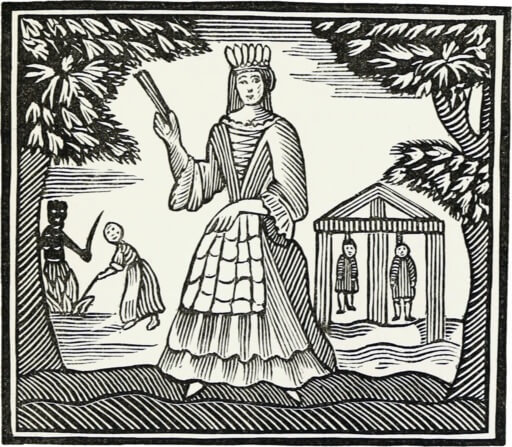 The Fortunes and Misfortunes of Moll Flanders

The Fortunes and Misfortunes of Moll Flanders was published in 1722, following Defoe's acclaimed novel, Robinson Crusoe in 1719. It purports to be the true account of the life of Moll Flanders in the year 1683, and whose full title almost tells the whole story:
"The Fortunes and Misfortunes of the Famous Moll Flanders, &c. Who was Born in Newgate, and during a Life of continu'd Variety for Threescore Years, besides her Childhood, was Twelve Year a Whore, five times a Wife (whereof once to her own Brother), Twelve Year a Thief, Eight Year a Transported Felon in Virginia, at last grew Rich, liv'd Honest, and died a Penitent. Written from her own Memorandums."

Now Was I a Poor Gentlewoman Indeed

The Bare Loss of Him as a Gallant

I Picked Out My Man Without Much Difficulty

I Came Away For England in the Month of August

That Alters the Case Indeed, Sir

This Was the Greatest and the Worst Prize

Away She Comes to Me and Tells Me This Story

Fortune Had Smiled Upon Me to That Degree

When the Trial Began, the Indictment Was Read

With This Resolution I Proposed to My Husband Our Going Away

Return to the Daniel Defoe library.