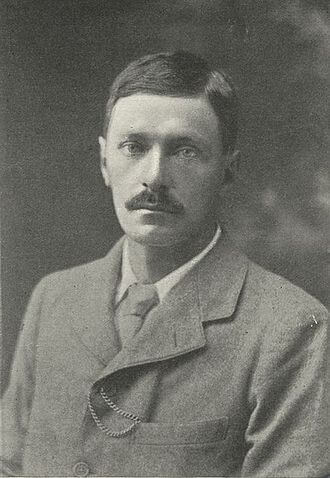 Edward Frederic Benson (1867 – 1940) was an English short story writer, novelist, biographer, and archaeologist. He had a very different writing style from his brother's, Robert Hugh Benson, who was a priest and wrote Dystopian fiction, including Lord of the World about the anti-Christ. Young Edward's writing themes were more playful and sardonic, but the family's religiosity and importance of literature are evident in both brothers' works.

The Bensons were raised in a devout and intellectual household in Wellington College, Berkshire. Their father was Edward White Benson, who became the Archbishop of Canterbury. Of six children, three sons became authors, the daughter pursued a career as an Egyptologist, the other two died in childhood.

Young Edward studied at Malborough College and King's College at Cambridge. His first novel was Sketches From Marlborough, followed by the fashionable and controversial, Dodo in 1893, which became an instant success. He wrote a variety of satire and romantic and supernatural melodrama, many we feature here for their stylistic likeness to the works H.H. Munro (SAKI). Sardonic jabs at the upper crust of society and stories involving cranks and ghosts, make for entertaining short fiction. The Blackmailer of Park Lane is one of our favorites.

An Autumn Sowing
Peter
The Freaks of Mayfair

The Blackmailer of Park Lane
The Tragedy of Oliver Bowman