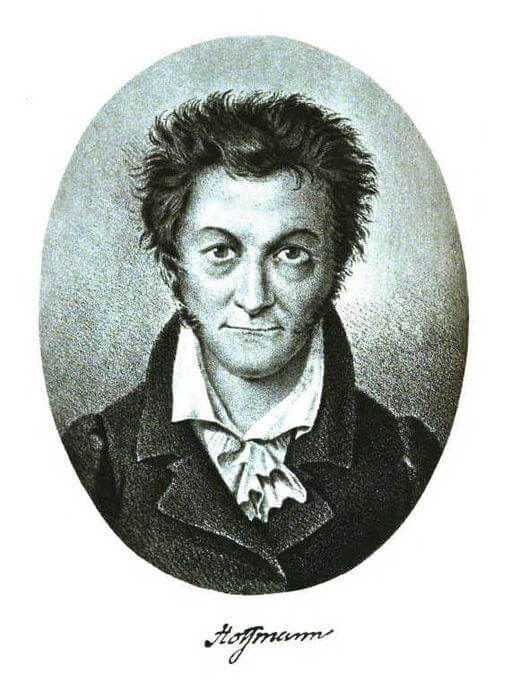 Ernst Theodor Wilhelm Amadeus Hoffmann (1776 - 1822), better known as E.T.A. Hoffmann, was a Prussian author and pioneer in writing horror stories; a lawyer by vocation, an artist and musician by avocation. He added the middle name "Amadeus" as a tribute to Mozart, after writing several amateur operas, but he gave up music and painting, deciding on a more promising career as a writer.
[We feature his self-portrait from 1820.]

Hoffmann's best known stories are “The Nutcracker and the Mouse King”, which inspired Tchaikovsky's score to the famous ballet, and The Sand-man. His work inspired Edgar Allan Poe, Franz Kafka, among other horror story writers to follow in creating terrifying stories of the weird. Sigmund Freud wrote an extensive psychoanalytic analysis of Hoffmann's The Sand-man, which he published in 1919.

You may enjoy visiting our Gothic, Ghost, Horror & Weird Library.