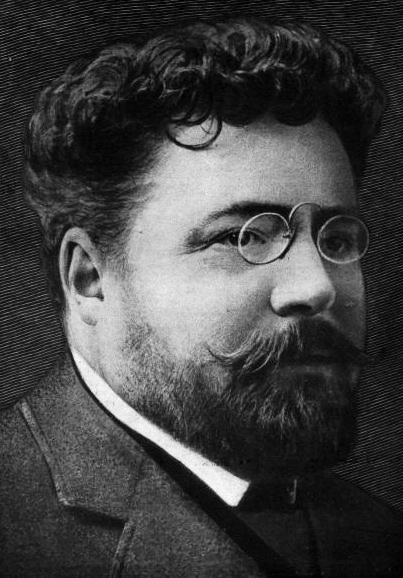 Gaston Louis Alfred Leroux (1868 -1927) was a French journalist and author of detective stories.

He is known to English readers as the author of The Phantom of the Opera (Le Fantôme de l'Opéra) (1911).

Leroux's novel, The Mystery of the Yellow Room (1908) is considered the premier "locked room mystery" of all time, in which the criminal disappears from a locked room, and the reader is pressed to solve the mystery by reviewing precise diagrams, floorplans and minute details provided by Leroux. Agatha Christie admired Leroux's work, particularly his ability to engage readers' intellect and challenge them to solve seemingly unsolvable crimes.

Leroux was born in Paris in 1868, studied law, inherited millions of francs and spent all his money until nearly bankrupt by 1890. He became a court reporter and theater critic, then an international correspondent who covered the 1905 Russian Revolution. He investigated the former Paris Opera, which later housed the Paris Ballet, where prisoners of the Paris Commune were held in its basement. No doubt, inspiration for the setting of his most famous work. He left journalism and formed his own film company in 1919, where he adapted much of his work into film. Leroux's crime novels are considered the French equivalent of works by England's Sir Arthur Conan Doyle and America's Edgar Allan Poe.

The Mystery of the Yellow Room
The Phantom of the Opera