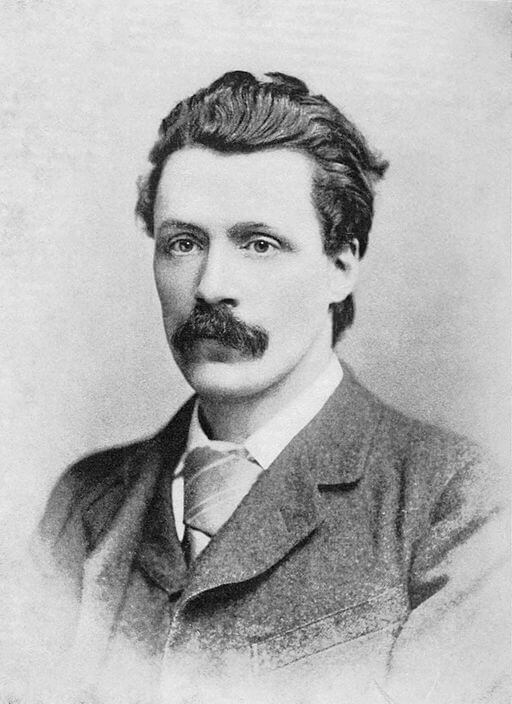 George Gissing (1857 - 1903) was an English novelist and teacher who wrote an average of a novel a year between 1880-1903, twenty three in all. His best known works include The Nether World (1889) and The Odd Women (1893). He also published numerous short story collections.

Gissing grew up in Wakefield, Yorkshire England, the oldest of five children, and an enthusiastic student. How did he get his start in literature? He read Charles Dickens's The Old Curiosity Shop at the age of ten. Described as a solitary student who studied hard, Gissing earned a scholarship to Owens College (which later became the University of Manchester), and earned many writing awards, including a poetry prize and Shakespeare scholarship.

Gissing's personal drama began when he fell in love with a young, destitute woman who may have been a prostitute. He gave her money to stay off the streets and began stealing from his classmates to support her. He was caught, found guilty, sentenced to a month's hard labor in 1876, and expelled from school. The few supporters he had gave Gissing enough money to travel to America, where he stayed in Boston and Chicago. To support himself and his passion for writing, Gissing started teaching and tutoring, wrote short stories for The Chicago Tribune, and for a very short time, assisted a traveling salesman in Chicago, for whom he'd "pitch" his wares, inspiring his later novel, New Grub Street (1891).

Gissing returned to England in 1877, resumed tutoring to support himself, but was unable to get his first novel, Workers in the Dawn, published. He financed publishing it himself in 1880, with a small inheritance he had received. He hope you enjoy many of Gissing's short stories featured here.