George R.R. Martin is an incredibly popular fantasy, horror and science fiction writer, best known for creating the epic fantasy stories adapted for the HBO television series, Game of Thrones. Some fans of the show may not know it is based on his popular book series of a different name: A Song of Ice and Fire. The books sold over 60 million copies by 2015, and were translated in 45 languages. Martin originally conceived the series as three novels, but decided to expand it to seven, much to the delight of his eager fans, who still await the last two books with fire-breathing-dragon's baited breath. The series titles include: 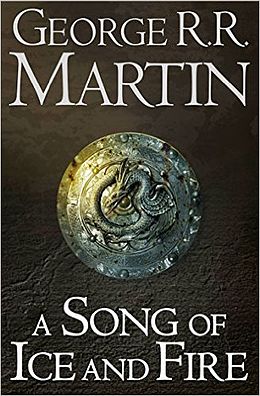 Martin's amazingly popular book series, A Song of Ice and Fire, prompted a proliferation of derivative works including the wildly popular HBO television series, Game of Thrones, for which Martin is its co-executive producer. There are also novellas, comics, video and board games. It's an understatement to call Game of Thrones a cultural phenomena. It may not come close to reaching the same success as J.K. Rowling's Harry Potter book series (over 400 million copies sold and counting) and Harry Potter movie adaptations. That hardly matters to his fans. Martin has been praised as "The American Tolkien," and made the "top 100 most influential people in the World" according to Time in 2011. That sounds like pretty fair praise, considering the passionate fan base which deeply appreciates his style of meticulously crafted fantasy drama.

A bit of background: Martin was born in Bayonne, New Jersey in 1948, and became a huge comic book fan in high school in the 1960's, and started creating his own, what are called "zines." Martin gained early recognition for his ability to create engaging fantasy comic book stories. Martin won comic fandom's Alley Award in 1965 for best fan fiction with his superhero story "Powerman vs. The Blue Barrier." He went on to attend Northwestern University, and graduated summa cum laude in 1970 with a B.A. in Journalism. When he received his Vietnam War draft notice, Martin filed as a conscientious objector and was excused from service. Martin went on to teach, and became an expert chess player (some of the same chess moves he employs as a fantasy writer, no doubt). He directed tournaments for the Continental Chess Association from 1973-1976.

American Literature plans to offer our readers with summaries of each of his novels, since we'll be waiting a long time for Martin's work to enter the public domain. In the meantime, we pay tribute to his role as a contemporary literary giant, inspiring fans of all ages to read, write, tune-in, and enjoy his fantasy worlds for as long as he chooses to create them for us.