Gertrude Stein (1874-1946) was an American poet, novelist, playwright and art collector, who spearheaded the modernist movement of art and literature. Though raised in Pittsburgh, Pennsylvania, she moved to France as a young adult in 1903 and formed a Paris salon to assemble exemplary avant garde creators such as Pablo Picasso, Ernest Hemingway, F. Scott Fitzgerald, Sinclair Lewis, Henri Matisse, and Ezra Pound. Portrait below of Henri Matisse creating La Serpentine, 1909 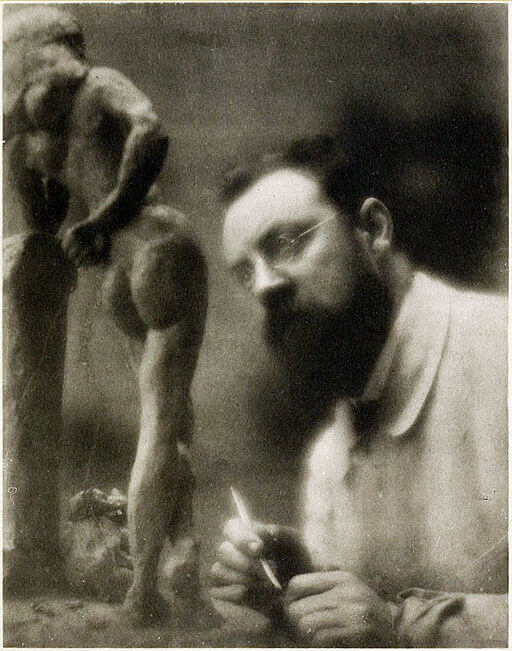 Stein attended Radcliffe College, where she developed her "stream of consciousness" writing, following in the footsteps of James Joyce and similar to Virginia Woolf. Stein was a gifted student, attended four years at Johns Hopkins Medical School, before failing a key exam, and quitting. Art became her passion thereafter.

Controversy about Stein stemmed from her status being able to freely collect art as a Jew in Nazi-occupied France during World War II. Many speculated that she was protected by Nazi collaborators and a Vichy government official, though Stein discounted this conjecture as a "witch hunt."

Stein's most noteworthy work includes her poem, Tender Buttons, which she published as a collection in 1914, and her semi-autobiographical memoir with her life partner during their years in Paris, The Autobiography of Alice B. Toklas (1933).

For insight into the imact of Stein's work, you may be interested in reading Sherwood Anderson's forward to her short story collection, Geography and Plays (1922), titled, The Work of Gertrude Stein.