Uncle Tom's Cabin; or, Life Among the Lowly

A Scholar's Adventures In The Country
Betty's Bright Idea
Captain Kidd's Money
Christmas In Poganuc
Christmas; or, The Good Fairy
Conversation On Conversation
Cousin William
Deacon Pitkin's Farm
Diverting History of Little Whiskey
Hen that Hatched Ducks
How We Kept Thanksgiving at Oldtown
Hum, the Son of Buz
Let Every Man Mind His Own Business
Mis' Elderkin's Pitcher
Miss Katy-Did and Miss Cricket
Mother Magpie's Mischief
Nutcrackers of Nutcracker Lodge
Our Country Neighbours
Our Second Girl
The First Christmas of New England
The Ghost in the Cap'n Brown House
The Ghost in the Mill
The History of Tip-Top
The Minister's Housekeeper
The Minister's Wooing
The Ministration Of Our Departed Friends.--A New Year's Revery
The Squirrels that Live in a House
The Sullivan Looking-Glass
The Two Altars, Or Two Pictures In One
The Widow's Bandbox
Trials Of A Housekeeper
Uncle Lot
Uncle Tom's Cabin, Young Folks' Edition 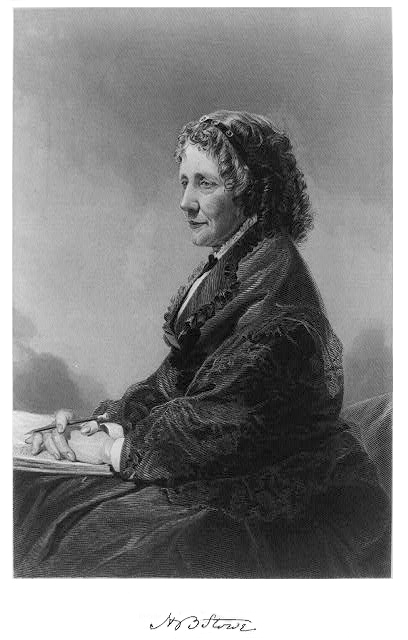 Harriet Elisabeth Beecher Stowe (1811 - 1898) was an abolitionist and author, distinguished by her formative anti-slavery novel published in 1852, Uncle Tom's Cabin; or, Life Among the Lowly. Immediately after its release, the vivid account of the lives of slaves and their inhumane treatment by slave owners had a profound impact on Americans' public opinion and is widely credited with fueling the abolitionist movement. Its publication materially contributed to the tensions leading up to the American Civil War.

We feature many of Stowe's short stories with themes involving Puritanism, New England family traditions and the importance of community, such as Deacon Pitkin's Farm, The First Christmas of New England, and How We Kept Thanksgiving at Oldtown. We encourage you to read Stowe's historic essay, Sojourner Truth, the Libyan Sybil, a remarkable account of her encounter with the African-American activist, published in The Atlantic Monthly, April 1863.