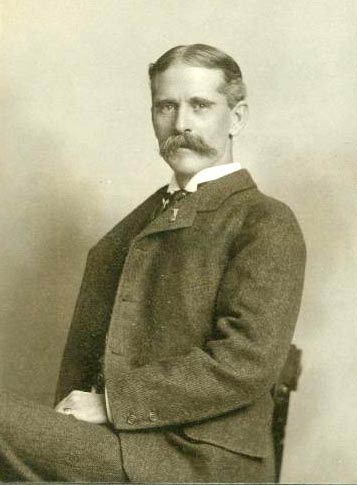 Henry van Dyke was an American author, educator and clergyman, born in 1852 in Germantown, Pennsylvania.

He attended Princeton University, graduating in 1873 from then matriculated at the Princeton Theological Seminary from which he graduated in 1877. He returned to Princeton as a professor of English literature, a post that he held from 1899 - 1923 but it was not without interruption. From 1908–09 Dr. van Dyke was an American lecturer at the University of Paris. And in 1913 his former classmate, President Wilson, appointed him Minister to the Netherlands and Luxembourg.

As a member of the clergy, Christmas and Easter were a special holidays for Henry van Dyke. He wrote some popular Christmas Stories including; The Other Wise Men, The First Christmas Tree, and Keeping Christmas. 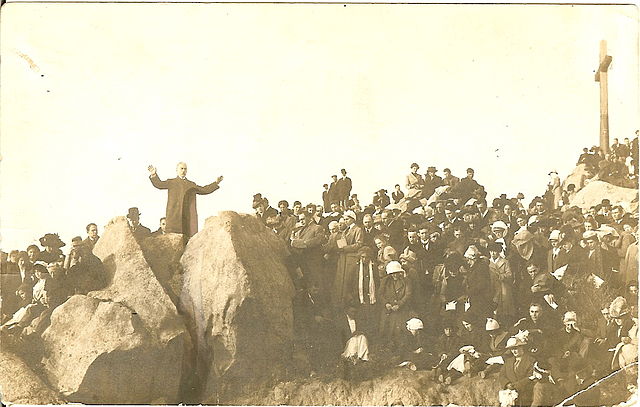 One of van Dyke's best known popular quotations is his poem, Time Is:

Henry van Dyke composed several add-on verses to America - My Country, 'Tis of Thee, originally composed by Samuel Francis Smith in 1892. It was America's de facto national anthem until The Star-Spangled Banner was officially adopted in 1931.

A Brave Heart
A Change Of Air
A City of Refuge
A Classic Instance
A Dream-story: The Christmas Angel
A Fatal Success
A Friend of Justice
A Handful of Clay
A Holiday In A Vacation
A Lazy, Idle Brook
A Lover of Music
Among The Quantock Hills
An Old Game
A Norwegian Honeymoon
Antwerp Road
A Remembered Dream
A Sanctuary of Trees
Ashes of Vengeance
A Slumber Song For The Fisherman's Child
A Wild Strawberry
A Year of Nobility
Beggars Under The Bush
Between The Lupin And The Laurel
Books That I Loved As A Boy
Days Off
Diana And The Lions
Fisherman's Luck
His Other Engagement
Humoreske
In The Odour Of Sanctity
Justice of the Elements
Keeping Christmas
Leviathan
Little Red Tom
Lovers And Landscape
Messengers At The Window
Notions About Novels
Salvage Point
Silverhorns
Sketches of Quebec
Some Remarks On Gulls
Spy Rock
Stronghold
Talkability
The Art Of Leaving Off
The Blue Flower
The Boy of Nazareth Dreams
The Broken Soldier and the Maid of France
The Countersign Of The Cradle
The Effectual Fervent Prayer
The First Christmas Tree
The Friend of the Family
The Gentle Life
The Hearing Ear
The Hero and Tin Soldiers
The Keeper of the Light
The Key Of The Tower
The King's High Way
The King's Jewel
The Lost Word
The Mansion
The Mill
The Music-Lover
The New Era and Carry On
The Night Call
The Open Fire
The Other Wise Man
The Primitive and His Sandals
The Return Of The Charm
The Reward of Virtue
The Ripening Of The Fruit
The Sad Shepherd
The Source
The Thrilling Moment
The Traitor in the House
The Unruly Sprite
The Wedding-Ring
The White Blot
What Peace Means
Who Owns The Mountains?
Wood-Magic