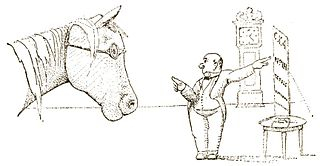 Hugh Lofting (1886-1947) was an English engineer and writer who created the popular Doctor Dolittle stories. He was born in England, emigrated to the U.S. and studied at the Massachusetts Institute of Technology in Boston, then returned to England and joined the Irish Guards during the first World War.

How's this for necessary inspiration? In letters sent home to his children during the war, rather than share the gruesome conditions, he invented memorable characters, designed alphabet letters and illustrations, which became the basis for Doctor Dolittle talking with the animals. The Story of Doctor Dolittle (1920) and The Voyages of Doctor Dolittle (1922) remain part of classic children's literature, revived in movie and theater adaptations every generation or so.