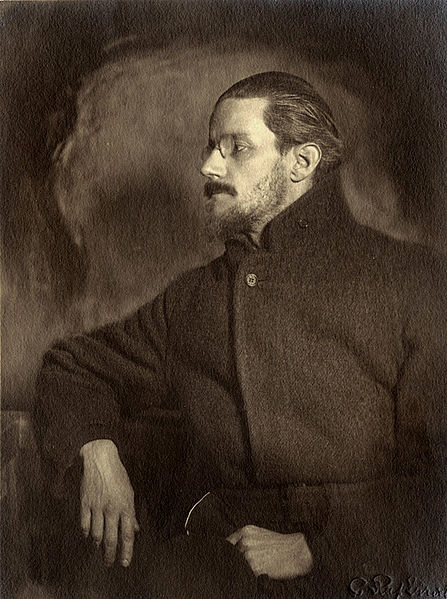 James Augusta Aloysius Joyce (1882 - 1941) was an Irish novelist and poet who spent much of his life abroad, living in Trieste, Paris and Zurich, Switzerland. His fiction was firmly grounded in Dublin and is populated with characters based on his family, friends and enemies. His great masterpiece, Ulysses is clearly patterned on the streets and alleys of Dublin. After its publication Joyce said:

James Joyce is reknowned for A Portrait of the Artist as a Young Man, a semi-autobiographical sketch that describes the formative years of Stephen Dedalus, a fictional alter-ego of Joyce and a undisguised tribute to Daedelus, the master craftsman of Greek mythology.

Joyce was also a fine short story writer. His short stories, like Eveline, often feature a "circular journey," wherein a character takes us on a journey of disappointment that ends where it began.

A Portrait of the Artist as a Young Man
Ulysses