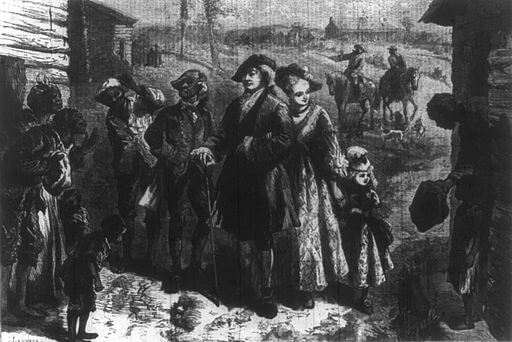 Thirty Years a Slave: From Bondage to Freedom

Thirty Years a Slave: From Bondage to Freedom is an example of a literary form known as "the slave narrative" or "captivity literature." This remarkable autobiography recounts the life of Louis Hughes, born a slave in Virginia, who secretly learned to read and write, and was later able to tell his story. The book is subtitled: "The Institution of Slavery as Seen on the Plantation and in the Home of the Planter." While Harriet Beecher Stowe had captivated the nation with Uncle Tom's Cabin this and other slave narratives were critically important in the drive for emancipation in providing credible and graphic details of their experiences, corroborating and strengthening the argument against slavery.
[Illustration of Virginia plantation owner family visiting slave quarters, Harper's Magazine, August 1876.]

Visit American History and the African American Library for other important historical documents and figures which helped shape America. You might also enjoy our collection of Civil War Stories.

Return to the Louis Hughes library.