"The girl's fancy's caught and she'll go her own gait to ruin. Ruin, I tell ye. If she marries that handsome ne'er-do-well, she'll be a wretched woman all her days and none to pity her."

The dance at Byron Lyall's was in full swing. Toff Leclerc, the best fiddler in three counties, was enthroned on the kitchen table and from the glossy brown violin, which his grandfather brought from Grand Pré, was conjuring music which made even stiff old Aunt Phemy want to show her steps. Around the kitchen sat a row of young men and women, and the open sitting-room doorway was crowded with the faces of non-dancing guests who wanted to watch the sets. 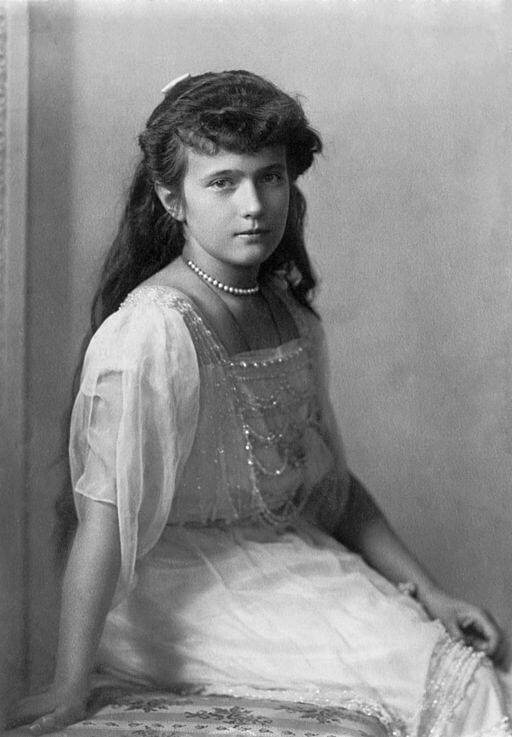 An eight-hand reel had just been danced and the girls, giddy from the much swinging of the final figure, had been led back to their seats. Mattie Lyall came out with a dipper of water and sprinkled the floor, from which a fine dust was rising. Toff's violin purred under his hands as he waited for the next set to form. The dancers were slow about it. There was not the rush for the floor that there had been earlier in the evening, for the supper table was now spread in the dining-room and most of the guests were hungry.

"Fill up dere, boys," shouted the fiddler impatiently. "Bring out your gals for de nex' set."

After a moment Paul King led out Joan Shelley from the shadowy corner where they had been sitting. They had already danced several sets together; Joan had not danced with anybody else that evening. As they stood together under the light from the lamp on the shelf above them, many curious and disapproving eyes watched them. Connor Mitchell, who had been standing in the open outer doorway with the moonlight behind him, turned abruptly on his heel and went out.

Paul King leaned his head against the wall and watched the watchers with a smiling, defiant face as they waited for the set to form. He was a handsome fellow, with the easy, winning ways that women love. His hair curled in bronze masses about his head; his dark eyes were long and drowsy and laughing; there was a swarthy bloom on his round cheeks; and his lips were as red and beguiling as a girl's. A bad egg was Paul King, with a bad past and a bad future. He was shiftless and drunken; ugly tales were told of him. Not a man in Lyall's house that night but grudged him the privilege of standing up with Joan Shelley.

Joan was a slight, blossom-like girl in white, looking much like the pale, sweet-scented house rose she wore in her dark hair. Her face was colourless and young, very pure and softly curved. She had wonderfully sweet, dark blue eyes, generally dropped down, with notably long black lashes. There were many showier girls in the groups around her, but none half so lovely. She made all the rosy-cheeked beauties seem coarse and over-blown.

She left in Paul's clasp the hand by which he had led her out on the floor. Now and then he shifted his gaze from the faces before him to hers. When he did, she always looked up and they exchanged glances as if they had been utterly alone. Three other couples gradually took the floor and the reel began. Joan drifted through the figures with the grace of a wind-blown leaf. Paul danced with rollicking abandon, seldom taking his eyes from Joan's face. When the last mad whirl was over, Joan's brother came up and told her in an angry tone to go into the next room and dance no more, since she would dance with only one man. Joan looked at Paul. That look meant that she would do as he, and none other, told her. Paul nodded easily—he did not want any fuss just then—and the girl went obediently into the room. As she turned from him, Paul coolly reached out his hand and took the rose from her hair; then, with a triumphant glance around the room, he went out.

The autumn night was very clear and chill, with a faint, moaning wind blowing up from the northwest over the sea that lay shimmering before the door. Out beyond the cove the boats were nodding and curtsying on the swell, and over the shore fields the great red star of the lighthouse flared out against the silvery sky. Paul, with a whistle, sauntered down the sandy lane, thinking of Joan. How mightily he loved her—he, Paul King, who had made a mock of so many women and had never loved before! Ah, and she loved him. She had never said so in words, but eyes and tones had said it—she, Joan Shelley, the pick and pride of the Harbour girls, whom so many men had wooed, winning their trouble for their pains. He had won her; she was his and his only, for the asking. His heart was seething with pride and triumph and passion as he strode down to the shore and flung himself on the cold sand in the black shadow of Michael Brown's beached boat.

Byron Lyall, a grizzled, elderly man, half farmer, half fisherman, and Maxwell Holmes, the Prospect schoolteacher, came up to the boat presently. Paul lay softly and listened to what they were saying. He was not troubled by any sense of dishonour. Honour was something Paul King could not lose since it was something he had never possessed. They were talking of him and Joan.

"What a shame that a girl like Joan Shelley should throw herself away on a man like that," Holmes said.

Byron Lyall removed the pipe he was smoking and spat reflectively at his shadow.

"Darned shame," he agreed. "That girl's life will be ruined if she marries him, plum' ruined, and marry him she will. He's bewitched her—darned if I can understand it. A dozen better men have wanted her—Connor Mitchell for one. And he's a honest, steady fellow with a good home to offer her. If King had left her alone, she'd have taken Connor. She used to like him well enough. But that's all over. She's infatuated with King, the worthless scamp. She'll marry him and be sorry for it to her last day. He's bad clear through and always will be. Why, look you, Teacher, most men pull up a bit when they're courting a girl, no matter how wild they've been and will be again. Paul hasn't. It hasn't made any difference. He was dead drunk night afore last at the Harbour head, and he hasn't done a stroke of work for a month. And yet Joan Shelley'll take him."

"What are her people thinking of to let her go with him?" asked Holmes.

"She hasn't any but her brother. He's against Paul, of course, but it won't matter. The girl's fancy's caught and she'll go her own gait to ruin. Ruin, I tell ye. If she marries that handsome ne'er-do-well, she'll be a wretched woman all her days and none to pity her."

The two moved away then, and Paul lay motionless, face downward on the sand, his lips pressed against Joan's sweet, crushed rose. He felt no anger over Byron Lyall's unsparing condemnation. He knew it was true, every word of it. He was a worthless scamp and always would be. He knew that perfectly well. It was in his blood. None of his race had ever been respectable and he was worse than them all. He had no intention of trying to reform because he could not and because he did not even want to. He was not fit to touch Joan's hand. Yet he had meant to marry her!

But to spoil her life! Would it do that? Yes, it surely would. And if he were out of the way, taking his baleful charm out of her life, Connor Mitchell might and doubtless would win her yet and give her all he could not.

He lay still a long time after that, until the moonlight crept around the boat and drove away the shadow. Then he got up and went slowly down to the water's edge with Joan's rose, all wet with his unaccustomed tears, in his hands. Slowly and reverently he plucked off the petals and scattered them on the ripples, where they drifted lightly off like fairy shallops on moonshine. When the last one had fluttered from his fingers, he went back to the house and hunted up Captain Alec Matheson, who was smoking his pipe in a corner of the verandah and watching the young folks dancing through the open door. The two men talked together for some time.

When the dance broke up and the guests straggled homeward, Paul sought Joan. Rob Shelley had his own girl to see home and relinquished the guardianship of his sister with a scowl. Paul strode out of the kitchen and down the steps at the side of Joan, smiling with his usual daredeviltry. He whistled noisily all the way up the lane.

"Great little dance," he said. "My last in Prospect for a spell, I guess."

"Oh, I'm going to take a run down to South America in Matheson's schooner. Lord knows when I'll come back. This old place has got too deadly dull to suit me. I'm going to look for something livelier."

Joan's lips turned ashen under the fringes of her white fascinator. She trembled violently and put one of her small brown hands up to her throat. "You—you are not coming back?" she said faintly.

"Not likely. I'm pretty well tired of Prospect and I haven't got anything to hold me here. Things'll be livelier down south."

Joan said nothing more. They walked along the spruce-fringed roads where the moonbeams laughed down through the thick, softly swaying boughs. Paul whistled one rollicking tune after another. The girl bit her lips and clenched her hands. He cared nothing for her—he had been making a mock of her as of others. Hurt pride and wounded love fought each other in her soul. Pride conquered. She would not let him, or anyone, see that she cared. She would not care!

At her gate Paul held out his hand.

"Well, good-bye, Joan. I'm sailing tomorrow so I won't see you again—not for years likely. You will be some sober old married woman when I come back to Prospect, if I ever do."

"Good-bye," said Joan steadily. She gave him her cold hand and looked calmly into his face without quailing. She had loved him with all her heart, but now a fatal scorn of him was already mingling with her love. He was what they said he was, a scamp without principle or honour.

Paul whistled himself out of the Shelley lane and over the hill. Then he flung himself down under the spruces, crushed his face into the spicy frosted ferns, and had his black hour alone.

But when Captain Alec's schooner sailed out of the harbour the next day, Paul King was on board of her, the wildest and most hilarious of a wild and hilarious crew. Prospect people nodded their satisfaction.

"Good riddance," they said. "Paul King is black to the core. He never did a decent thing in his life."

Return to the Lucy Maud Montgomery Home Page, or . . . Read the next short story; A Soul That Was Not At Home