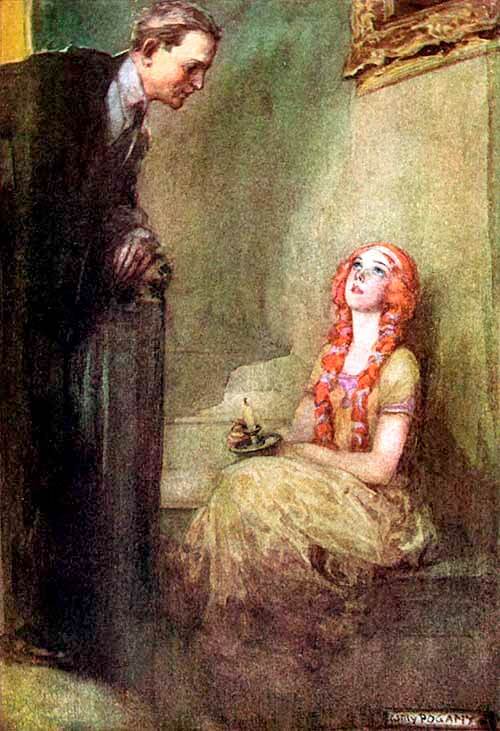 Margaret Widdemer (1884 - 1978) was an American poet and novelist, whose collection, The Old Road to Paradise (1918), shared the Pulitzer Prize with Carl Sandburg's The Cornhuskers in 1919. Widdemer differentiated her work by addressing social injustices, particularly exploitation of child labor, in her poetry collection, The Factories (1917). She wrote over thirty novels and several children's books, which included the Winona series. Widdemer was friends with a number of prominent authors, including Ezra Pound, F. Scott Fitzgerald, T. S. Eliot, and Edna St. Vincent Millay, whom she discusses in her memoir published in 1964, titled Golden Friends I Had.

We feature Widdemer's poem, The Old Road to Paradise in our collection of World War I Literature and Pulitzer Prizes. [Illustration by Willy Pogany for her novel, The Wishing-Ring Man, 1917.]