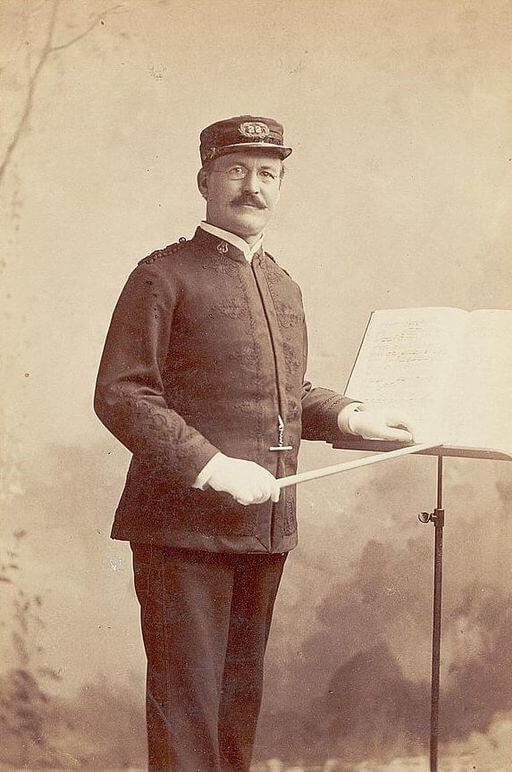 Patrick Gilmore (1829 - 1892) was an Irish-born American composer, band master, and United States Army officer, most famous for composing the lyrics for When Johnny Comes Marching Home, a song that was embraced by both the Union and Confederate armies during the American Civil War. He published it under his pseudonym, Louis Lambert.

In 1858, Gilmore founded "Gilmore's Band" in Boston, Massachusetts, whose members enlisted in the 24th Massachusetts Volunteers early in the War, accompanying General Burnside to North Carolina. After bands were discharged from the field, Gilmore was appointed Bandmaster general, tasked with reorganizing military music-making. He was considered the leading musical figure of the age, organizing epic festivals, including the National Peace Jubilee in 1869 and the World's Peace Jubilee and International Musical Festival in 1872.