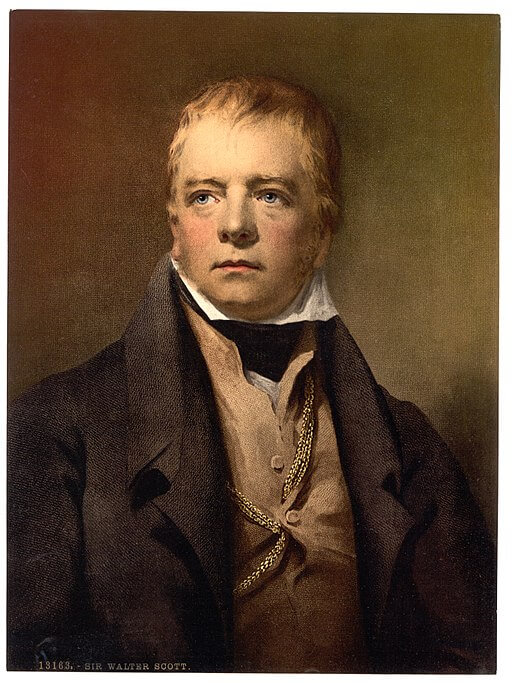 Sir Walter Scott (1771-1832) was a Scottish historical novelist, poet, and playwright whose famous works of gallantry include Rob Roy, Ivanhoe, The Lady of the Lake, and The Talisman.

In addition to writing, Scott was a judge and lawyer, serving as clerk of session and sheriff-deputy in Selkirkshire, Scotland. As a prominent member of the Tory party, Scott serves as the President of the Royal Society of Edinburgh for twelve years beginning in 1820. He was the ninth child born into a family of pedigree, but six of them would die before he was five months old. His father was a member of a cadet branch of the Scotts Clan, and his mother descended from the Haliburton family. He grew up adoring Scottish folklore, studied in Edinburgh, and enjoyed reading chivalrous romances, poems, history and travel books, foretelling his future acclaim writing medieval and chivalrous tales of adventure in the genre of Romanticism.

Ivanhoe
Rob Roy
The Lady of the Lake
The Talisman

The Siege of the Castle